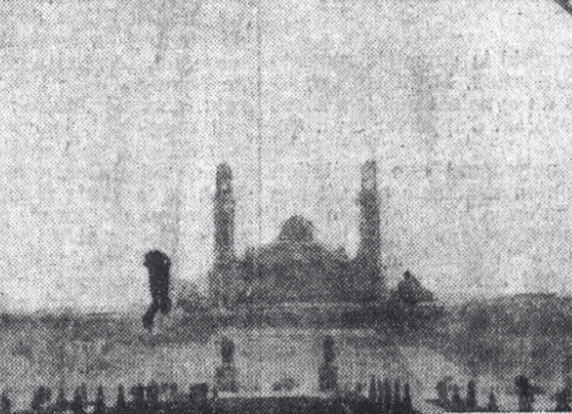 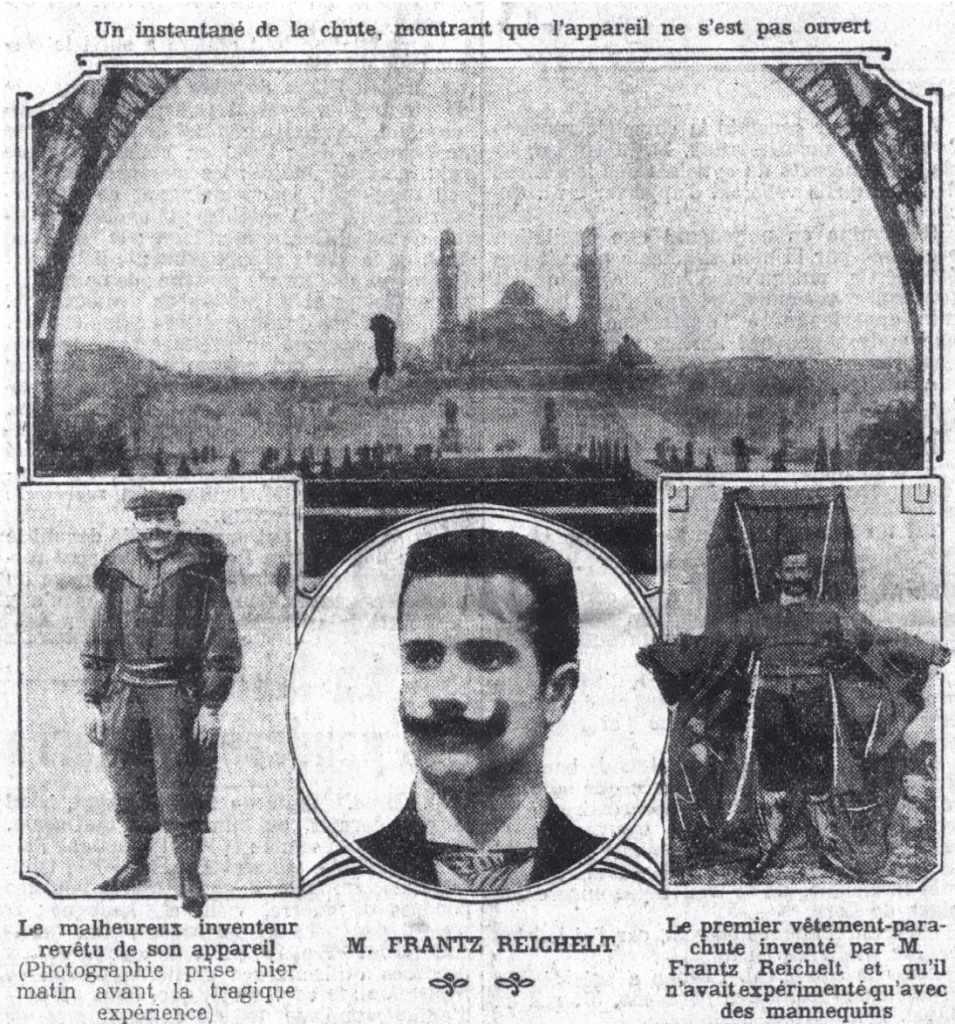 On February 4, 1912, the “Flying Tailor” was killed after testing his parachute suit by leaping off the top of the Eiffel Tower.

Austrian-born tailor Franz Reichelt believed his invention of a wearable parachute would revolutionize aviation safety. He initially tested his hand-sewn parachute suit by throwing dummies out of his apartment window. This did not go well. Then he tried leaping off tall buildings while wearing the suit and landing in unfortunate, bone-breaking ways. Also not good.

Eventually Reichelt decided the problem with the suit was a question of insufficient height rather than any flaw in the design. He alerted the media that he would test the suit by throwing a dummy off the top of the Eiffel Tower, but on the day of the test he announced that he would perform the stunt personally. And thus the Flying Tailor leapt to his death in front of a full film crew, who recorded the incident for posterity. Officials later determined that he had left a crater six inches deep at the point of impact.

If you would care to view the footage, it can be found in the archives of British Pathé (warning: it is upsetting, even after the passage of so much time): Franz Reichelt’s Death Jump

Added to the calendar by Odd Salon Fellow Kelly Jensen, who spoke about Franz Reichelt at Odd Salon FAILURE.