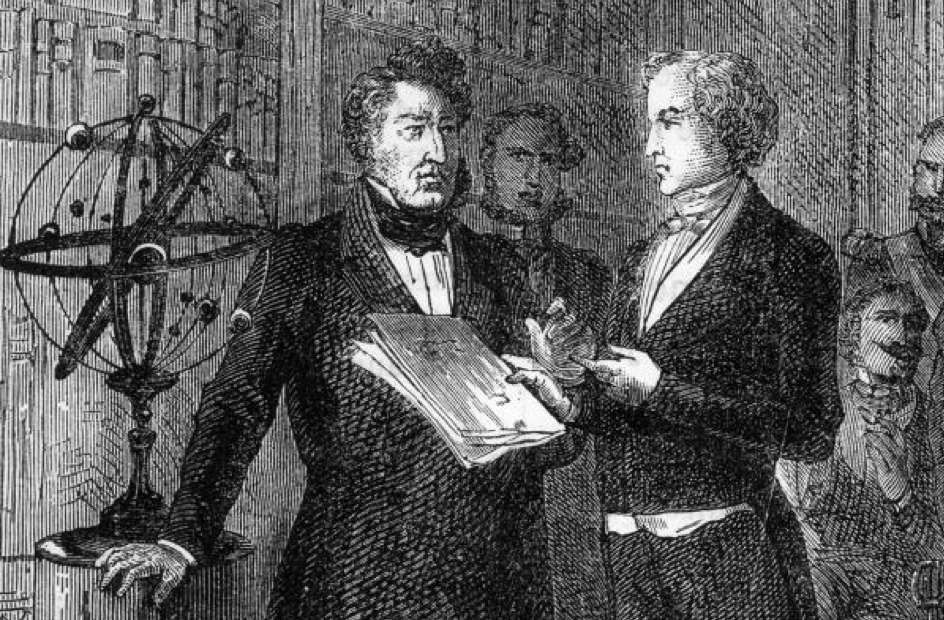 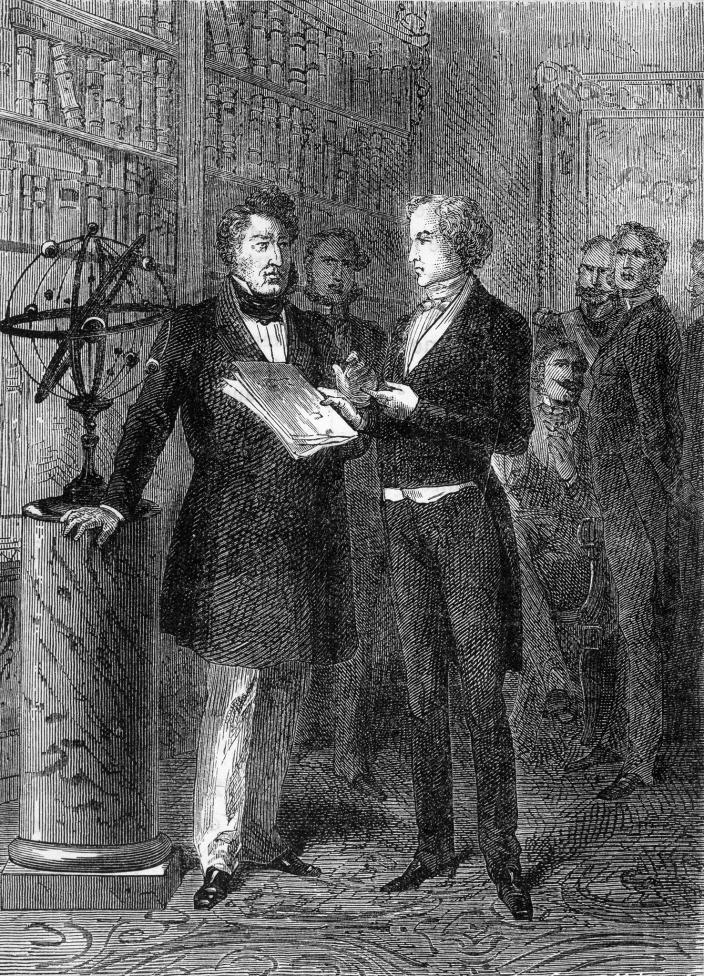 On Jan 2, 1860 Urbain Le Verrier announced the discovery of Planet Vulcan, orbiting between the sun and the planet Mercury. This astonishing discovery finally solved the question of why Mercury orbited so strangely… the only problem was that it was totally wrong.

By the early 1800s, advancements in telescopy made it clear that something was wrong with Mercury’s orbit: the amount of axial precession was off by 7.5%. Within a few decades, some very clever people were working hard on figuring out why.

“Precession” is the gravitational acceleration applied to a planet by the mass of other planets and other bodies. As a result of these accelerations, the major axis of the ellipse of a planet’s orbit slowly rotates by a small amount each revolution. That rotation is precession.

Newtonian mechanics explain precession quite nicely, but they predict only about 92.5% of the observed precession. The other 7.5% was a mystery.

Perhaps surprisingly, the leading theory was that there must be a planet even closer to the sun than Mercury, perturbing its orbit. In 1859, the great French astronomer Urbain Jean Joseph Le Verrier announced that he had calculated the existence of such a planet, which he named, appropriately, Vulcan.

This was not as strange as it may seem to us now, because only 13 years earlier, Le Verrier had used precisely this method to discover another planet. Since shortly after its discovery in 1781 by William Herschel, astronomers had noted that Uranus was not moving as predicted. They supposed that the anomalous motion might be caused by an undiscovered planet in the vicinity. 63 years of speculation and work on the subject by various people followed, and by 1846, English astronomer John Couch Adams and Le Verrier independently calculated suspected locations where this unknown planet should be. Le Verrier sent his calculations to German astronomer Johann Gottfried Galle in Berlin, and sure enough, when Galle looked for a planet at the position Le Verrier’s calculations indicated they should look, he found Neptune.

Although later discovered to be primarily good luck, this was still a stunning achievement; a career-defining success for Le Verrier. Like anyone else would have, he wanted to repeat it.

He worked on the problem of Mercury for more than ten years, and in 1859 Le Verrier confidently announced that one or more planets, or asteroids must lie between Mercury’s orbital path and the Sun.

This made sense to people of his time, which is why many people, reported actually discovering Vulcan. The predictions of transits of Vulcan across the sun never seemed to reliably materialize, however, and by the 1880s, astronomers had mostly given up on Vulcan, although they had no better answer to give.

In 1915, Einstein showed that his relativistic equations predicted the actual amount of Mercurial precession almost exactly and put the matter to rest for good. The mystery was solved by introducing a mysterious reality beyond most people’s comprehension. Mercury moves forward more than expected because the Sun is compressing space-time in its vicinity. In this rare case, an anomaly turned out not to be merely an error of some kind, but rather something which changed our understanding of the Universe.

The Hunt For Vulcan: … And How Albert Einstein Destroyed A Planet, Discovered Relativity, And Deciphered The Universe, by Tom Levenson – Goodreads.com

“The Hunt for Vulcan, the Planet That Wasn’t There” – National Geographic