On August 4th, 1913 Joe Knowles waved good-bye to on-lookers, and to modern civilization, and walked into the woods. He was dressed only in a cotton loin cloth (which he later took off), and without any tools. 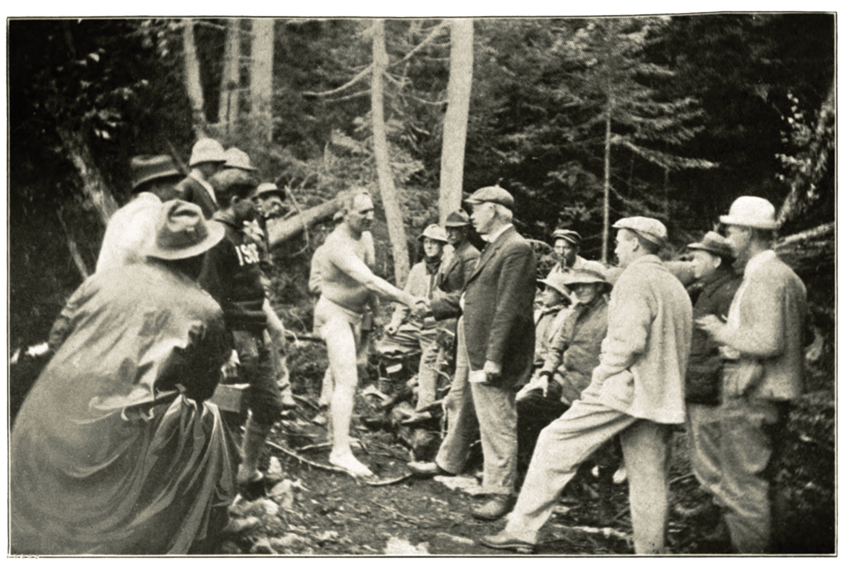 Knowles, preparing to enter the forest on August 4, 1913.

Knowles’ intention was to see if modern man could live without modern conveniences, could he, in the words of the Boston Post, “in all his softness, ever regain the hardihood of his primitive forbears?”

Knowles promised to leave reports, written on tree bark, for the Boston Post to publish, and for the first few weeks, those reports came in, reporting on his adventures in fire-making, hunting, fishing, and shelter- and clothes-making. Then the reports stopped, and for 11 days people waited anxiously, until a report surfaced, of him catching and killing a bear with a wooden club, and using the skin to fashion warmer clothes for himself. When a reporter made his way to Knowles’ now-deserted camp, he found “the scene of a great struggle…not the marks of a physical battle, but the deeper, more impressing signs of a mental battle” which he attributed to Knowles solitary existence.

In the meantime, Knowles walked to Quebec, where he walked out of the forest, and into celebrity. Back in Boston an estimated 200,000 people came to meet his train. And when he exited the train, Joe Knowles looked every bit the “Nature Man”, wearing bearskin trousers and robe. When he stood in the car that waited to take him to Boston Common, the crowd went wild. 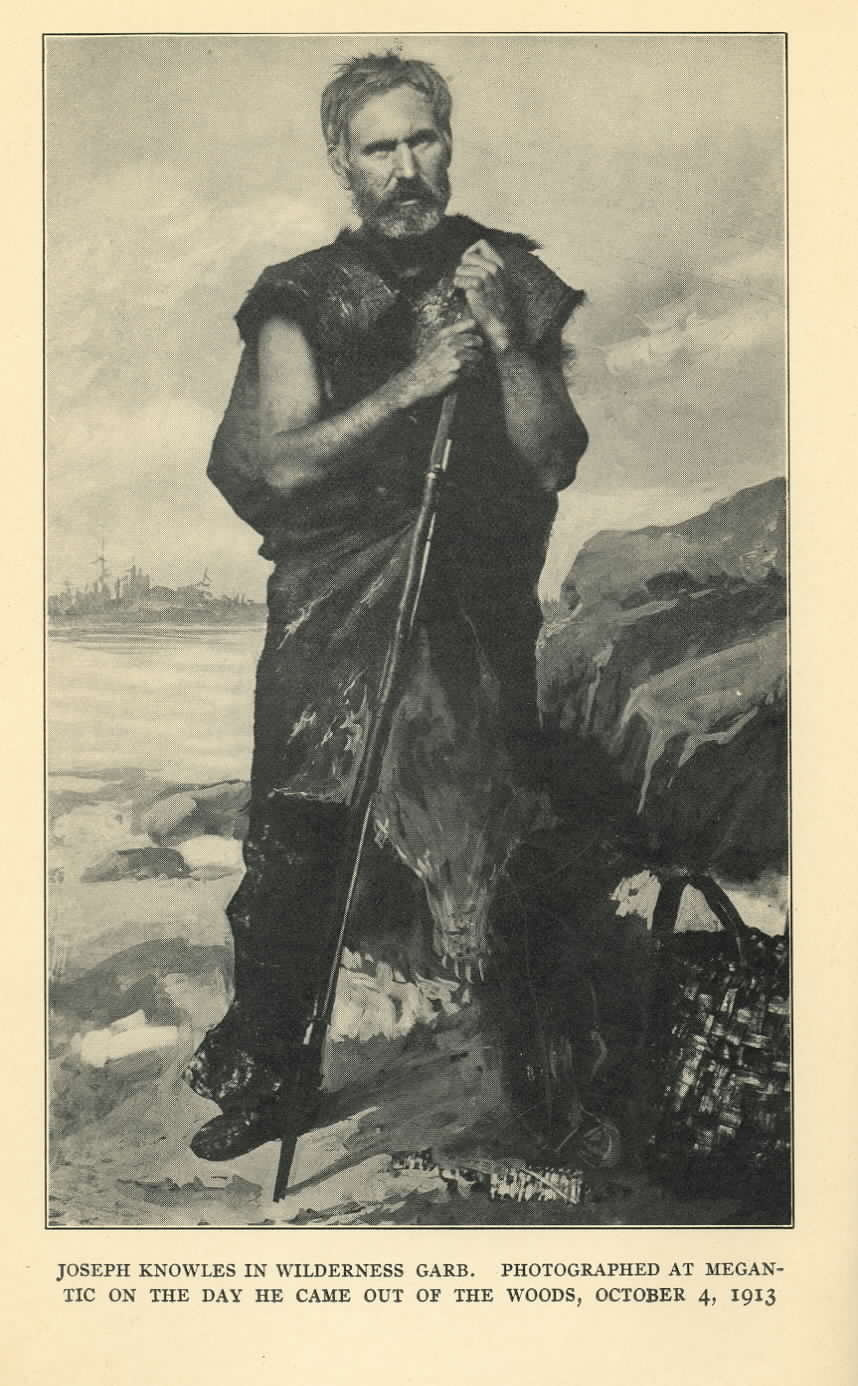 After his return to civilization, Knowles wrote a book, had a 5 month speaking engagement, and enjoyed some popularity as a vaudeville performer, and acted in the 1914 film Alone In the Wilderness. Later in life, he found fame as an illustrator of images that celebrated the American West.

As it later turned out “Nature Man” was a hoax.

The scheme was devised by Knowles and Michael McKeogh, his friend, and a newspaper man. The two got funding from Boston Post Sunday editor, Charles Wingate, and when Knowles set into the woods McKeogh was already there, waiting for him in a cabin, which the two shared for 8 weeks, Knowles lounging around, and drawing, and McKeogh writing the dispatches for the Post. McKeogh also purchased the famous bear skin.