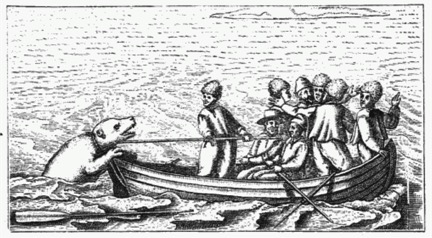 On this day in 1594, on their first expedition to find a Northeast passage, Dutch navigator Willem Barentsz and his crew came across their first polar bear. Unfortunately for the crew, this bear encounter was the first of their many polar bear problems. 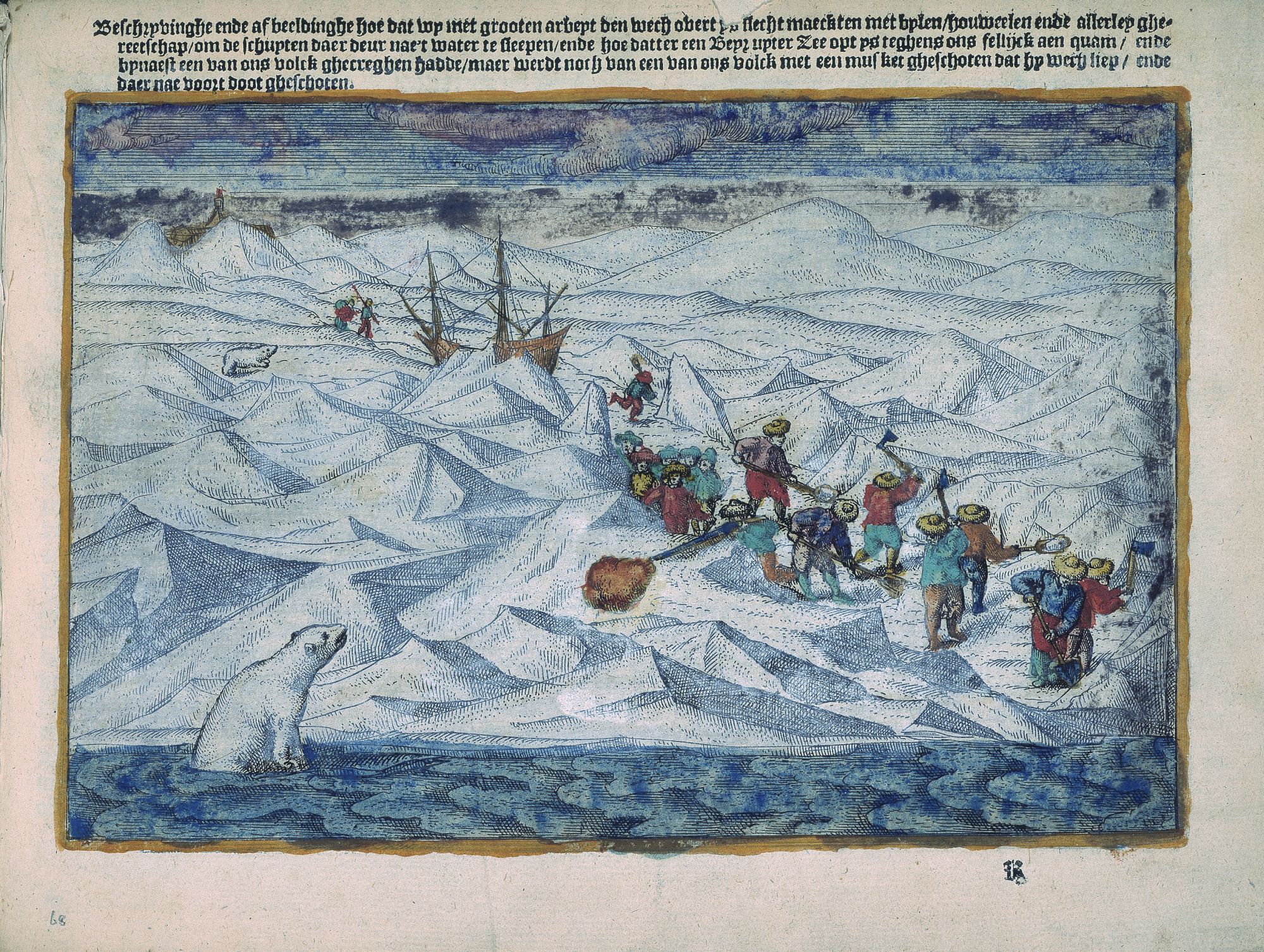 While exploring waters north of the Norwegian Sea, an overly bold polar bear attempted to board one of the crew’s boats. Initially the sailors fired muskets at the bear to ward it off. Then, impressed with its color, strength, and resilience; the sailors made the horrible decision to capture the wounded animal, bring it aboard on a leash, and take it back to Holland. Once brought aboard, the bear immediately rampaged against the sailors. They killed the bear, opting to bring back its pelt home – instead of the whole angry bear. 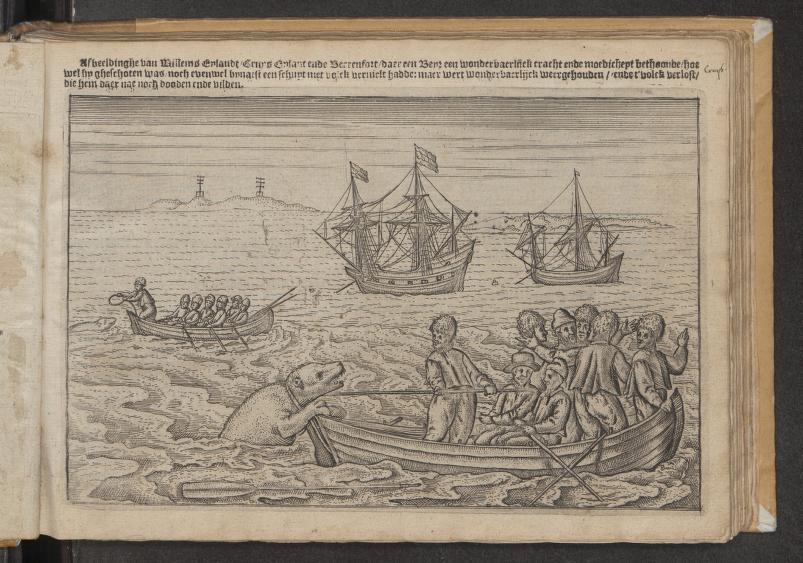 1595: On the second Barentsz expedition, the crew was attacked by another polar bear, losing two men. 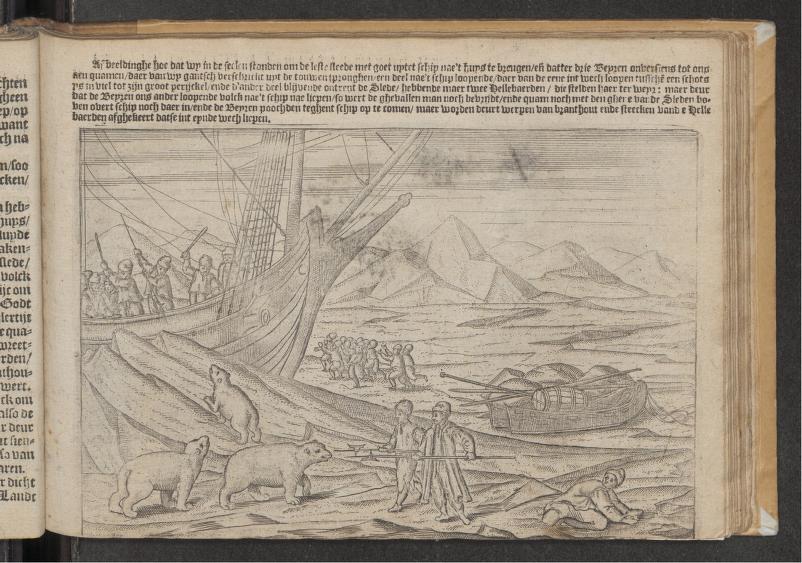 1596: On their third expedition, the crew braved polar bear infested waters to discover an island that they aptly named Bear Island. After more sailing and several more bear related mishaps, the crew ended up ice bound and stranded on Nova Zembla Island for the winter. There they built a lodge from their ship, and protected themselves from many inquisitive polar bears. Barentsz and crew also hunted and ate polar bears to survive, and thus their diaries recorded the first documented examples of vitamin A toxicity (don’t eat polar bear liver).

Overwintering: The Dutch Search for the Northwest Passage – British Library

Dancing with the Dead