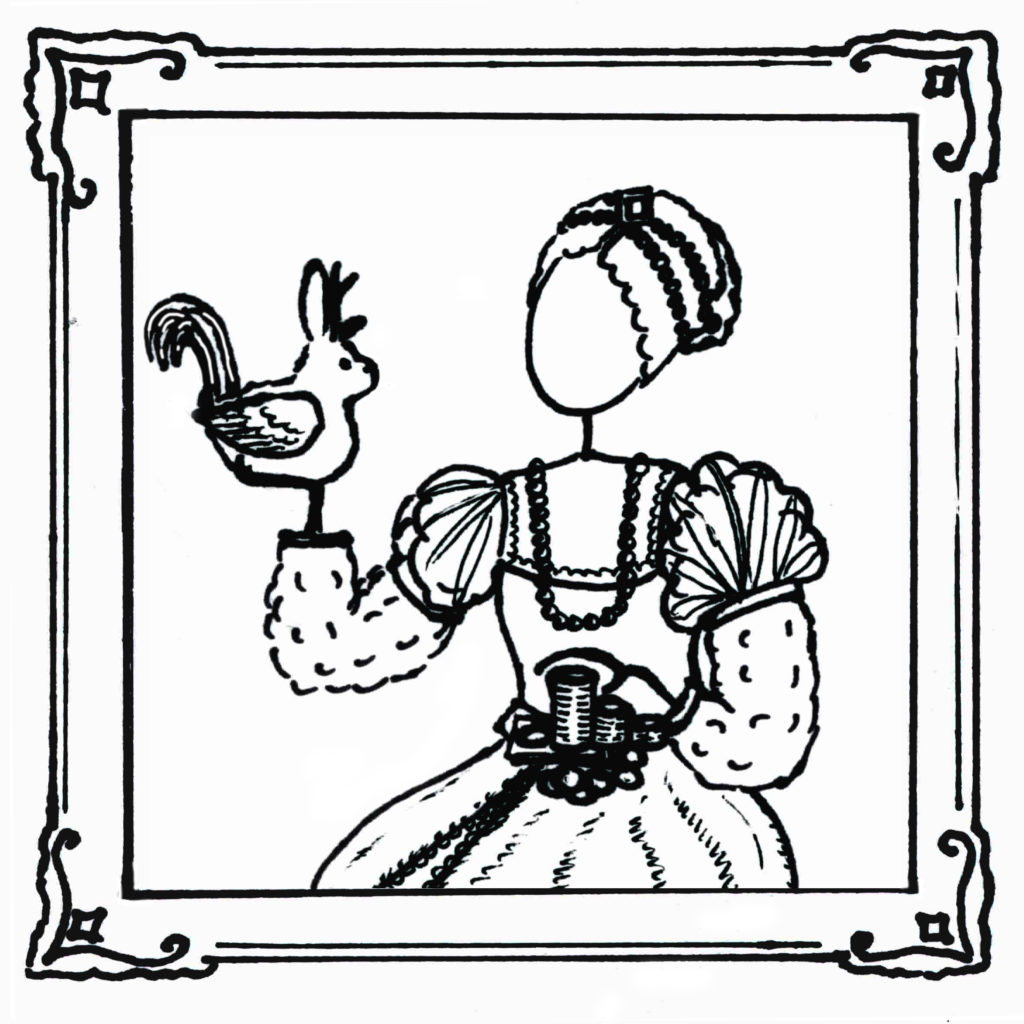 Today, in honor of #GivingTuesday, we’re looking at the stories of some of history’s great patrons of the arts and sciences.

Without their generosity and support, we might not have the works of Leonardo da Vinci or Michelangelo, Beethoven or Tchaikovsky, Tycho Brache or Ben Jonson, not to mention public libraries, the core collections of many museums, or the discoveries made by  expeditions to the ends of the Earth. 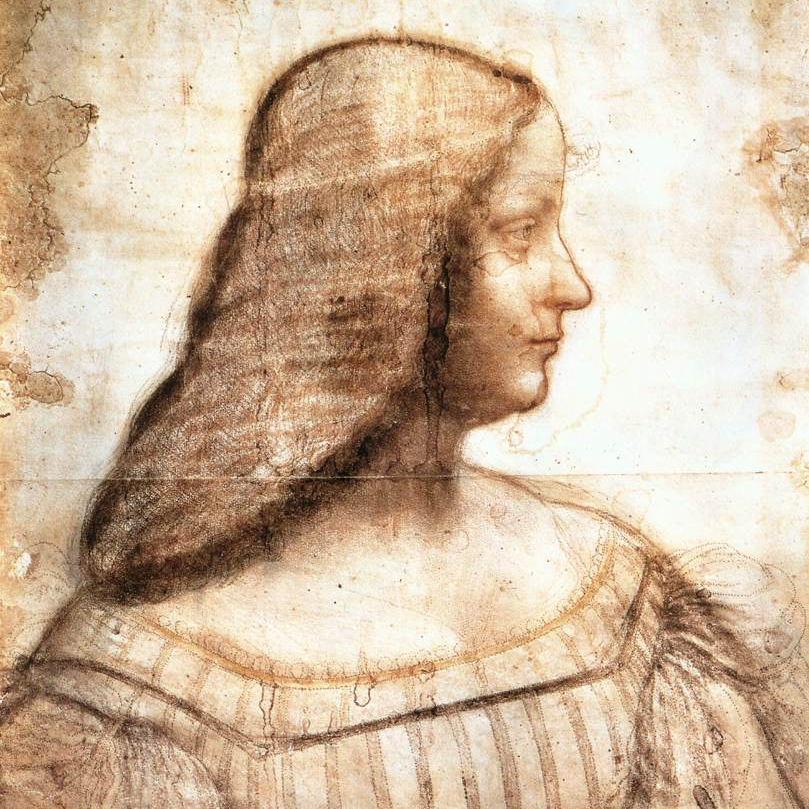 Known as “the first lady of the Renaissance” Isabella d’Este was a rare humanist in a deeply religious time, a widely read and educated lady, and a patron of artists from Leonardo da Vinci to Titian.

Born to a duke of Ferrara (also a well known patron of the arts), Isabella was given a broad education in the humanities rare for a young woman of the era. Shortly after was married at age 15 to former mercenary Francesco Gonzaga, now the Marquis of Mantua, she began building her studiolo, or personal study, commissioning artwork and writing copious letters to other learned women. Starting in 1509, after the capture of her husband, she became the de facto ruler of Mantua, and after his death, the regent for her underage son. Over time, she converted the ducal apartments into a museum, invited artists and luminaries of her day to visit, and founded a school for girls.

Astonishingly, for such a well known and well documented patron of the arts, relatively few portraits of her are known to survive. This illustration created by Leonardo da Vinci in 1499 is the most well known, now in the collections of the Louvre. It was thought that he never got around to actually painting the final portrait, but intriguingly, in 2013 a strikingly similar painting in a private collection surfaced, possibly the long lost final version. 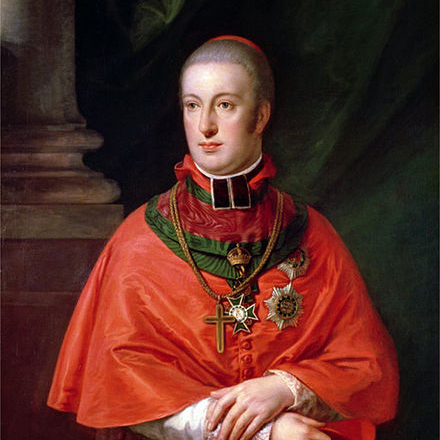 Archduke Rudolph turned his passion for music into one of the great arts patronages of the ages, becoming both benefactor and life long friend to the composer Ludwig von Beethoven.

Rudolph first met Beethoven as a student, studying piano and composition under the your musician. Later, when it seemed that Beethoven might be lured away from Vienna by the promise of a salary from Jérôme-Napoléon Bonaparte (Napoleon’s brother), Rudolph stepped in and secured funding for a salary that would keep the musician safely in Vienna.

As a sign of their mutual esteem, Beethoven dedicated several works to Rudolph; more than to any other person.

Earlier this year, Martin Strauss spoke about the unusually fond relationship between patron and artist at Odd Salon ECCENTRIC, in “The Composer and the Archduke: a Beethoven Bromance”. 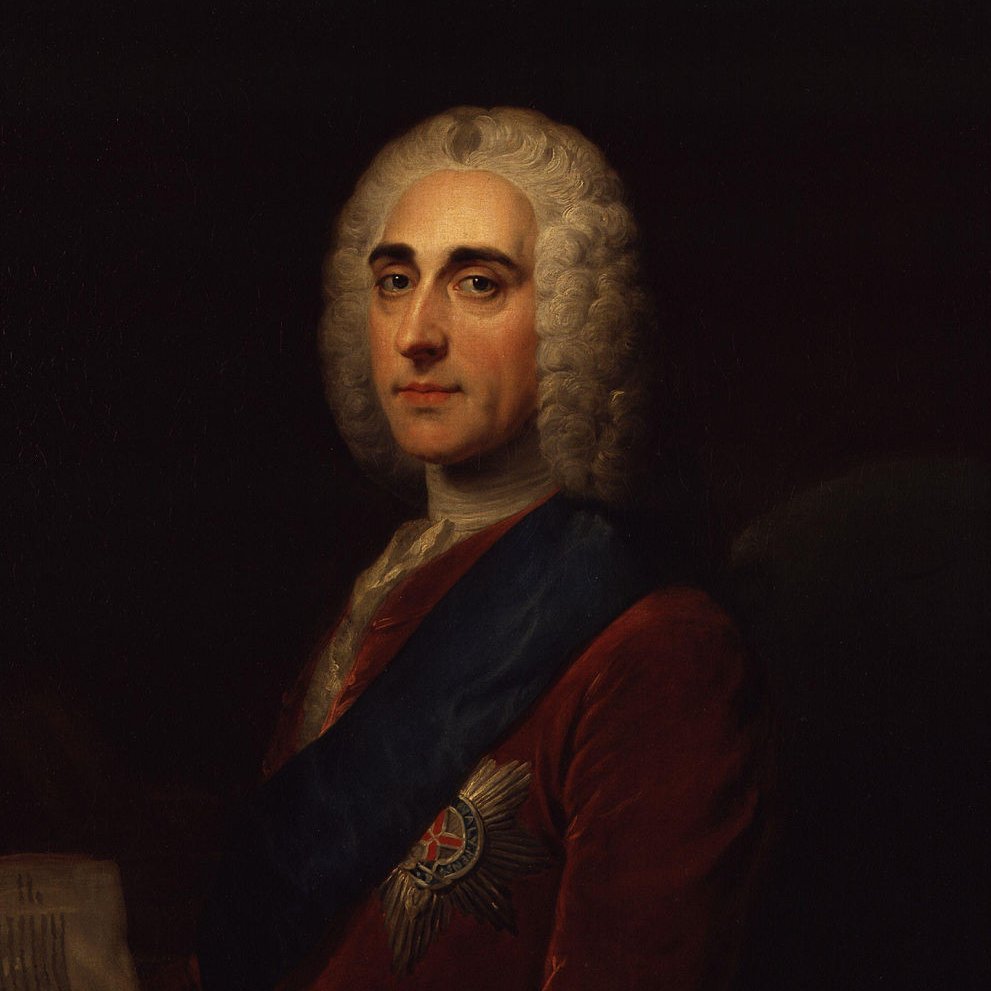 Samuel Johnson took Lord Stanhope’s money in order to create his famous dictionary, but that doesn’t mean they had to like each other.

Described as “one of the greatest single achievements of scholarship”, Samuel Johnson’s “A Dictionary of the English Language” took eight years to complete, published in 1755 and defining some 42,773 words. Johnson had originally been out if to the task by an enthusiastic group of publishers, but Johnson had sought the patronage of the aristocracy as well, eventually obtaining £10 from Lord Stanhope, well known for his patronage of the arts.

But that patronage fell apart when, seven years into his arduous task, Stanhope finally got around to publicly endorsing the project. Considering it too little, too late, Johnson wrote a now famous reply, including one of the most famous quotes about patrons, “Is not a patron, my lord, one who looks with unconcern on a man struggling for life in the water, and when he has reached ground, encumbers him with help?”

Entertainingly, Stanhope seemed to take it all in stride, and rather than be offended by Johnson’s outrage, he was delighted by the verve and eloquence, proudly displaying the letter for visitors to read. 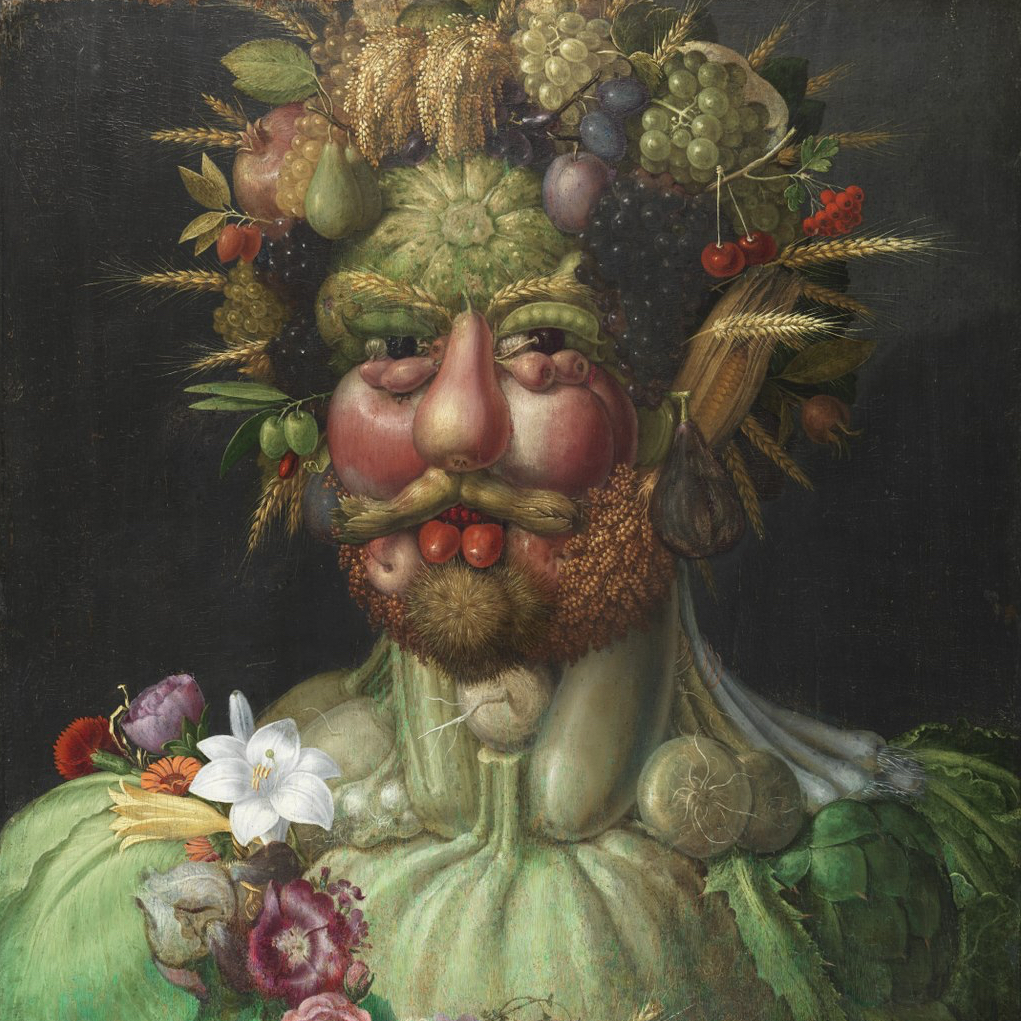 Perhaps one of the most eccentric patrons of the arts and sciences, Rudolf of Prague was a guy with a *lot* of interests. He collected *everything*, from art to unicorn horns to scientific instruments, rare books to mineral specimens in his extraordinary kunstkammer. He was a patron of artists including Albrecht Durer and Pieter Bruegel, and scientists including Tycho Brahe and Johannes Kepler. He encouraged the development of the strange but wonderful mannerist art movement, had a penchant for erotic art and alchemical and occult mysteries (Nostradamus wrote his horoscope personally), and purportedly allowed his pet tiger and lion to roam the palace at will.

“His majesty is interested only in wizards, alchemists, Kabbalists and the like, sparing no expense to find all kinds of treasures, learn secrets and use scandalous ways of harming his enemies…He also has a whole library of magic books. He strives all the time to eliminate God completely so that he may in future serve a different master.”
-Archdukes of Vienna, 1606

His legacy as a collector and a patron and also as a Very Rich Important Guy who also allowed himself to be painted made of vegetables has made him something of a hero to the scientific revolution that followed his lifetime, and to champions of the humanities. He was, however, not very good at his actual job, which was being Holy Roman Emperor, a burden he seemed eager to ignore in favor of staring at his very impressive collections.

Odd Salon Fellow Reigh Robitaille spoke about Rudolf’s many eccentricities and his extraordinary, never ending curiosity at the first salon of this year, CURIOSITY: Behold his spectacular vegetable portrait and his legacy of great patronage and not so great politics. 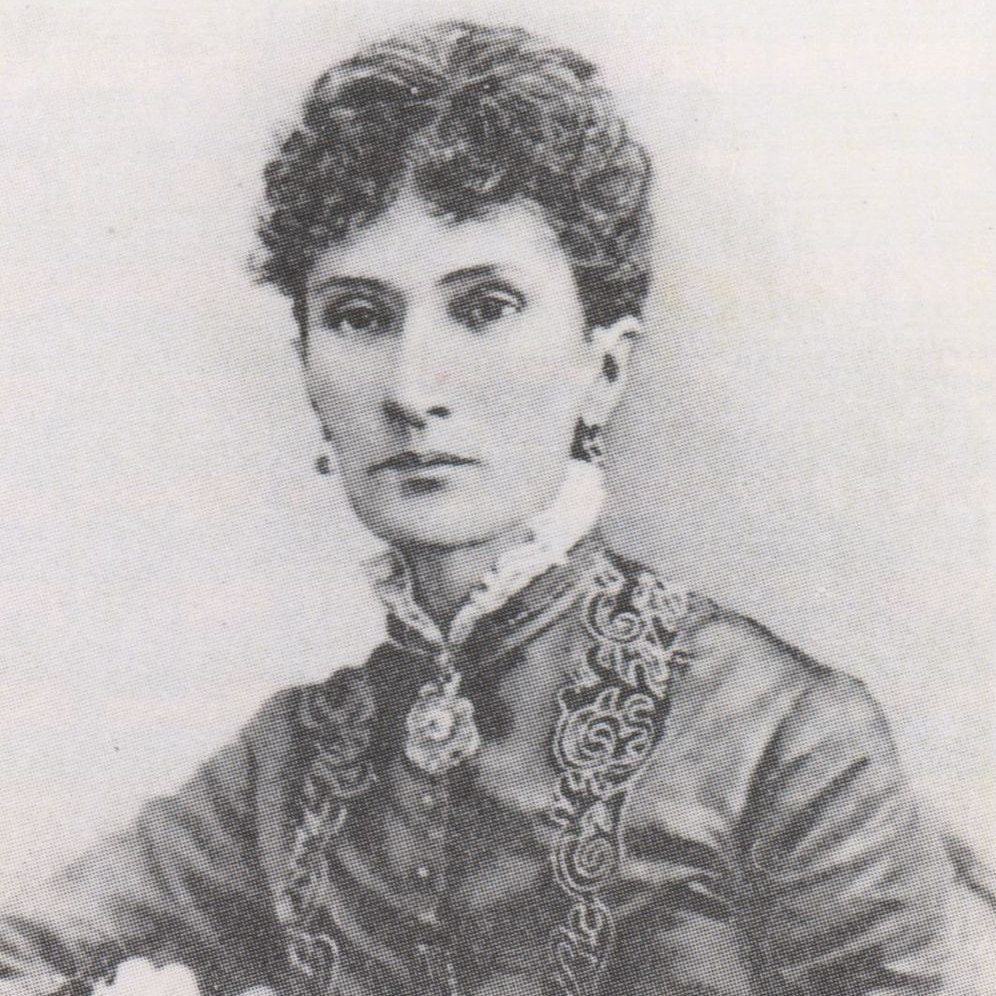 Pyotr Ilyich Tchaikovsky was already famous by the time Nadezhda von Meck became his patron, but it was her support that freed him to concentrate solely on music. Despite being his patron for 13 years, von Meck and Tchaikovsky never met in person.

Raised in a wealthy and cultured family, Nadezhda von Meck grew to be an accomplished pianist and lover of music. Later, her husband made millions building Russian railways, allowing them to pursue her passion for music with freedom.

After the death of her husband she went into seclusion, rarely seen in public. But she became fascinated with Tchaikovsky’s work, and wrote to him spontaneously, beginning what would become one of the most remarkable patronages in classical music, providing him with an annual allowance until the very last days of her life.

The two were frequent correspondents, exchanging more than 1,200 letters, his niece married her son, and Tchaikovsky dedicated his Symphony No. 4 in F minor to her – yet according to her wishes, they never met in person, only awkwardly glimpsing each other in passing on a few occasions when it absolutely could not be avoided.