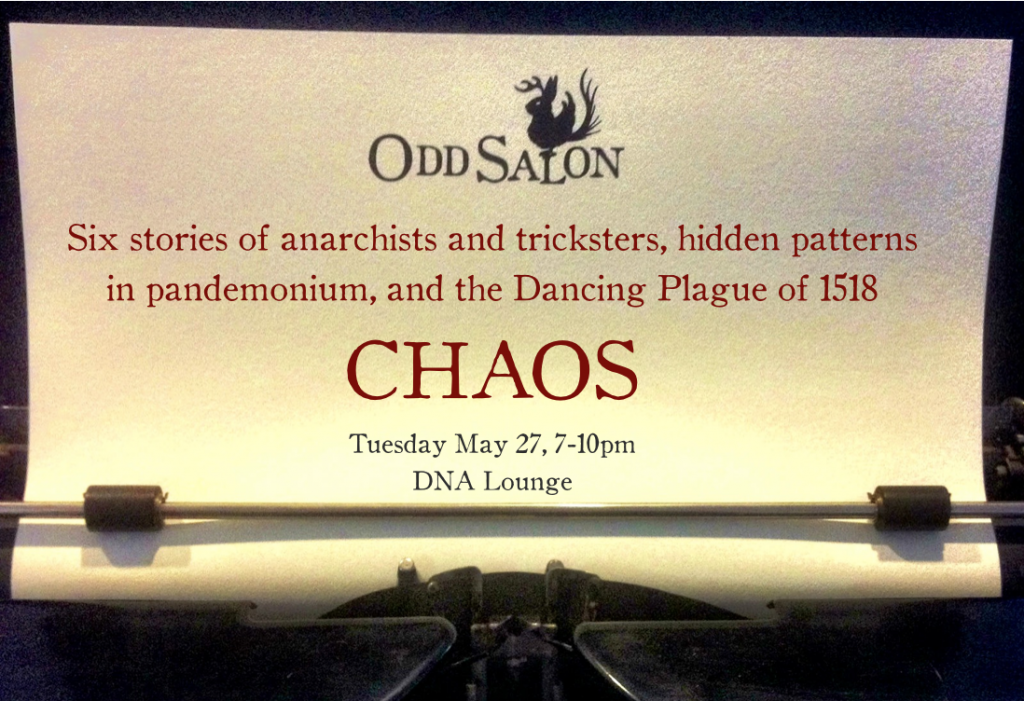 A desire for destruction is eternal, the appeal of anarchy never fades, and there is something magical and strangely calming about watching things absolutely come apart at the seams.

Join us for as we explore the power of chaos with tales of mass hysteria and mathematical theory, epic upheavals both political and geological, and times when, despite the best of efforts, all Hell broke loose.

Rachel James – Riot! Controlled Chaos of the Hive Mind
Jade Hoffman – Anarchy in the (12th Century) UK
Tre Balchowsky – Chaos Theory: The Dirty Lies Pop Culture Told Us
Miles Traer – Billions of Years of Chaos that Shaped Earth—50 Years to Figure it Out
KC Crowell – How I Learned to Stop Worrying And Love The Flamethrower Aimed At the Face
Marcelo Pontin – Chaos as Cosmogony: Stuff from Stufflessness