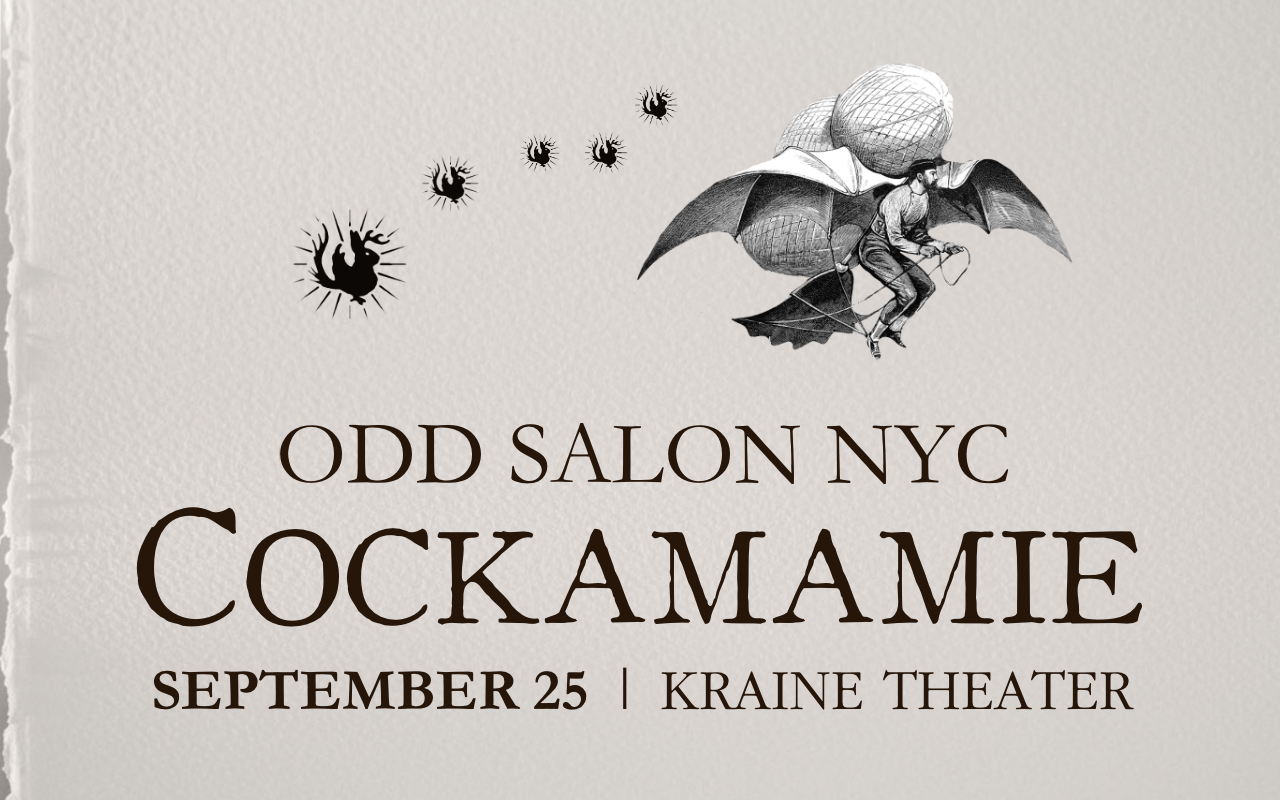 Come to the Kraine Theater in the East Village for six stories of wacky plans and harebrained schemes, prodigious people with far-out dreams, unsung heroes dubbed as “batty” – join us for Odd Salon NYC – COCKAMAMIE!

Click To Get Tickets To COCKAMAMIE On Sept 25 Here

JR Pepper – Odd Salon Fellow:
A Hunter’s Tale and a Cockerel’s Tooth ~
They say that insanity is doing the same thing over and over again and expecting different results. In the case of John Hunter, noted collector, anatomist, and famed surgeon – insane would definitely be the word most would use when he attached a human tooth to the head of a cockerel.

Theresa Handwerk:
The Oneida Community: From Free Love to Flatware ~
The Oneida Community was a Utopian, Christian, socialist community in Victorian-era upstate New York with beliefs that may strike us as cockamamie (or worse) today, such as male continence and eugenics. But what did they get right? And what does all of this have to do with silverware?

Tony Romano:
All Hail Norton I, Our Emperor ~
Meet the man who proclaimed himself Emperor of the United States – and had some crazy ideas that became reality!

Greg Taubman – Co Producer:
Die Nachthexen (The Night Witches) ~
Remember that time the Soviet Union fielded a regiment of cropdusters against the Luftwaffe? Oh yeah, the pilots were all women in their teens and early twenties. And they kicked Nazi butt.

Emily McKeown:
How Do I Eat This? ~
The Fight for the Creation and Credit of Ice Cream Cones

Nelson Lugo:
The Great Emu War of 1932 ~
The classic struggle of man versus beast is for the birds in this bloody tale of military might over nature. What happens when you bring a machine gun to an Emu party? The winner might surprise you.

Grab Your Seat for Sept 25 Here!