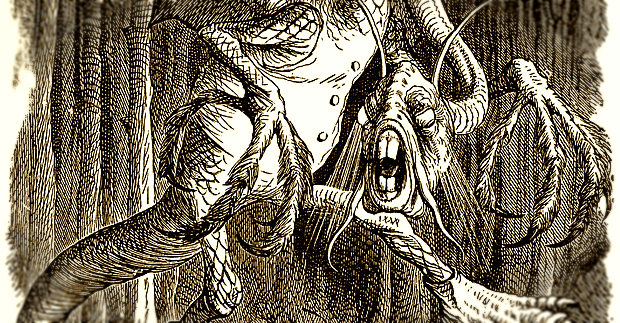 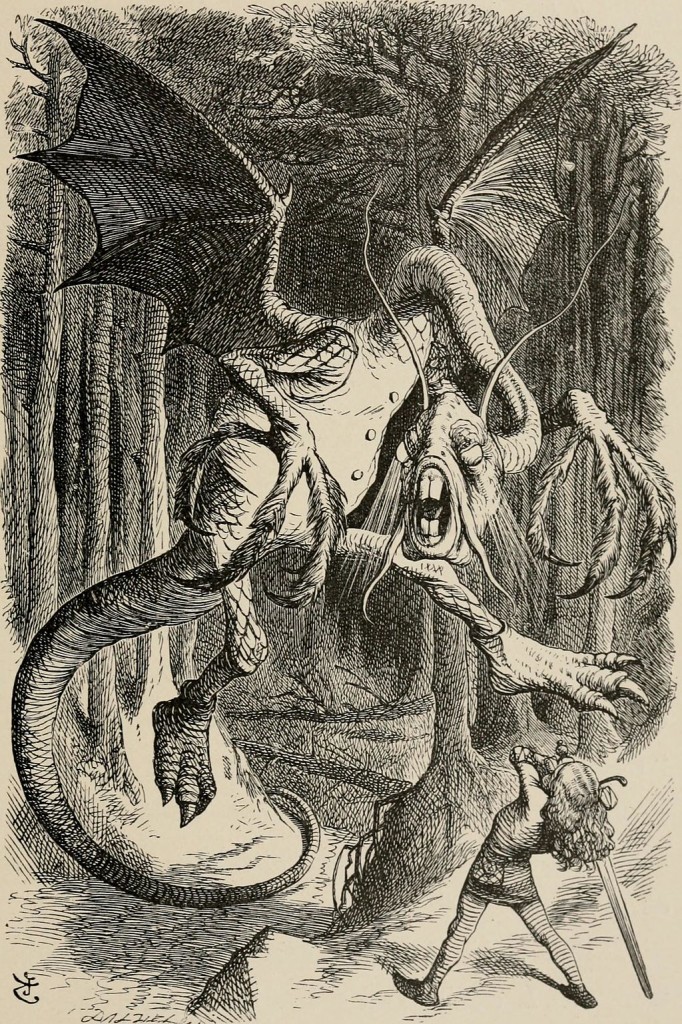 The Jabberwocky appears in Carroll’s second Alice book, Through the Looking-Glass and What Alice Found There, 1871. In the book, young Alice discovers the mirror written poem, describing a furious battle with mythical beasts. Although composed of nonsense words, the meaning is still somehow obvious:

Carroll was not the first to use nonsense verse, made popular by Edward Lear whose Book of Nonsense was a minor sensation in the 1840s. But Carroll wrote the first verses of The Jabberwocky a decade earlier – in the guise of a bit of pseudo Anglo Saxon verse, and the story echoes many epic poetic battles, with hints of Beowulf and other dragon battles. Combining the influences, the words that he chose to flesh out the story were a combination of old-timey sounding fake words and rhyming nonsense, and became possibly the best loved example of nonsense verse, inspiring authors from Edward Gorey to Douglas Adams.

Carroll turned to John Tenniel to again illustrate his work. Although reportedly reluctant to take on the job, Tenniel created the now iconic image of the Jabberwock, with his serpentine neck, dragons wings and two enormous claws, echoing the works of early bestiaries and books of monsters. Although less well known than his illustrations from Alice in Wonderland, Tenniel’s illustrations in Through the Looking Glass are full of assorted mythical creatures, dapper animals, and fierce monsters, and they are wonderful. 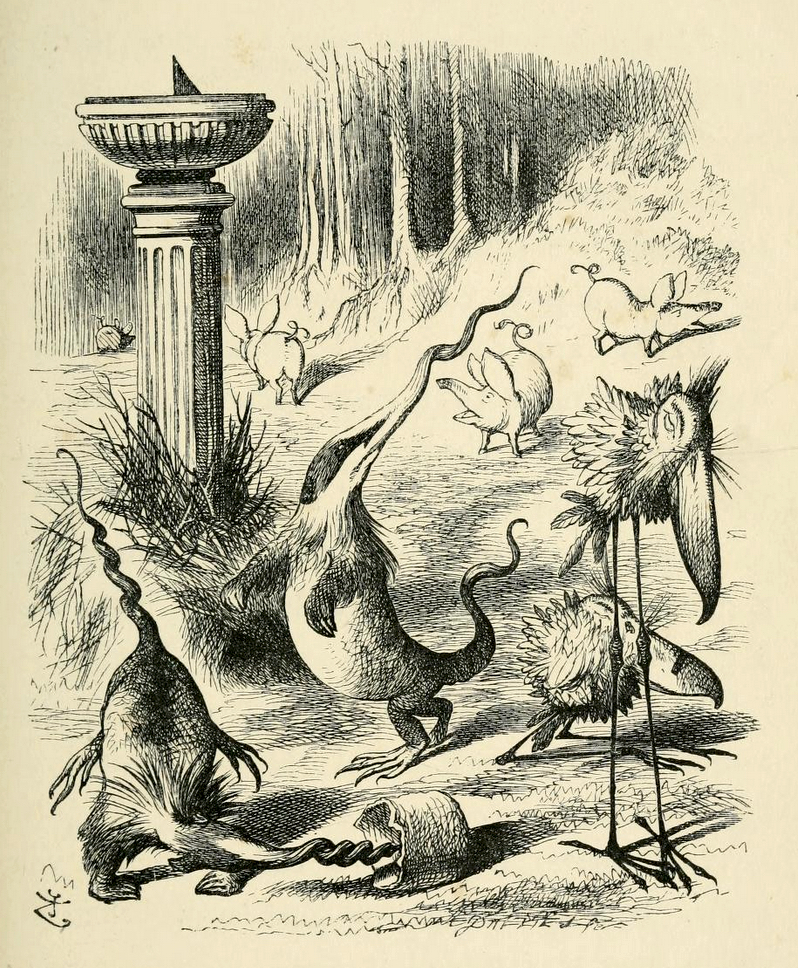 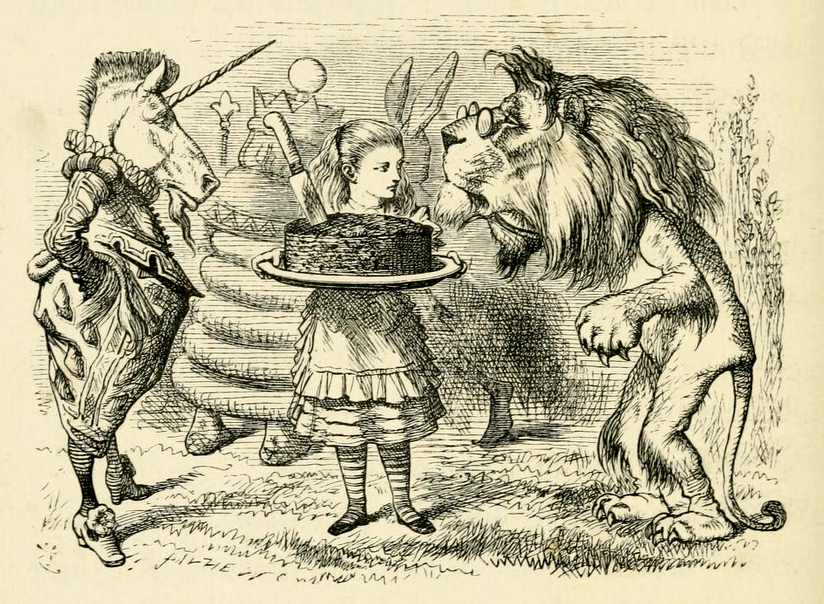 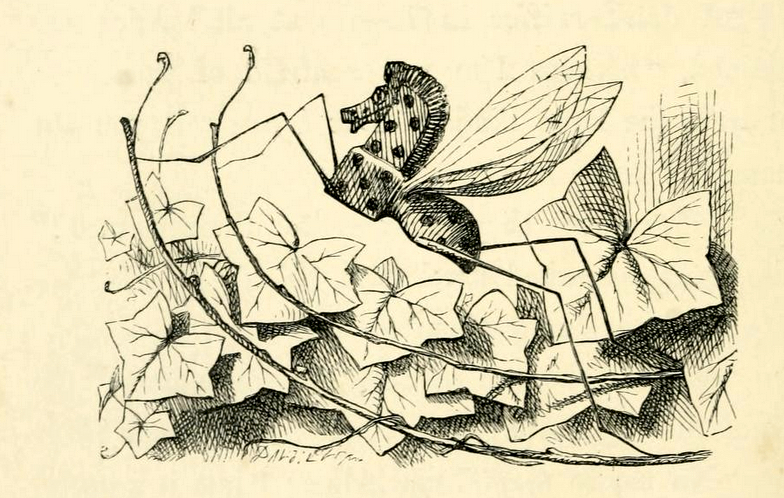 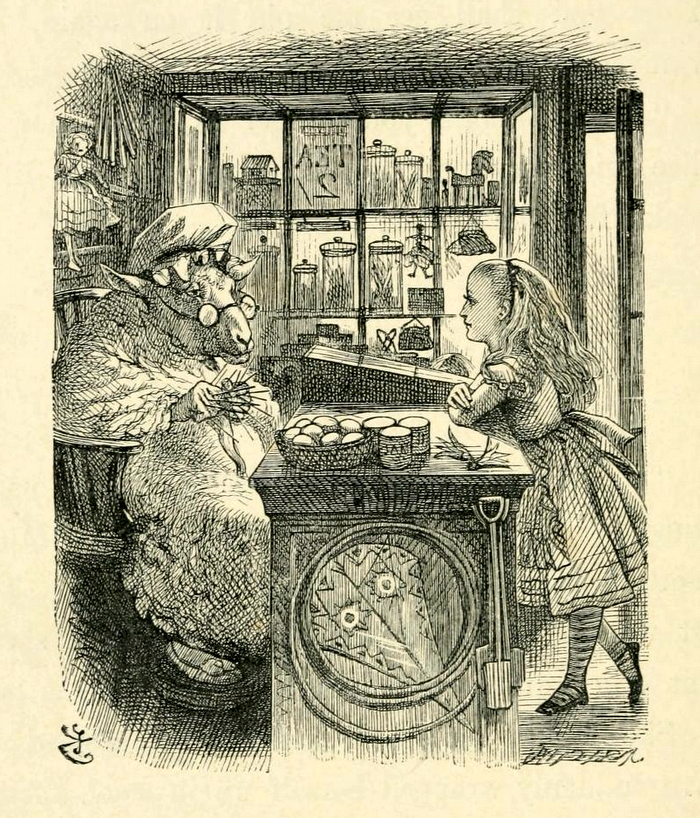 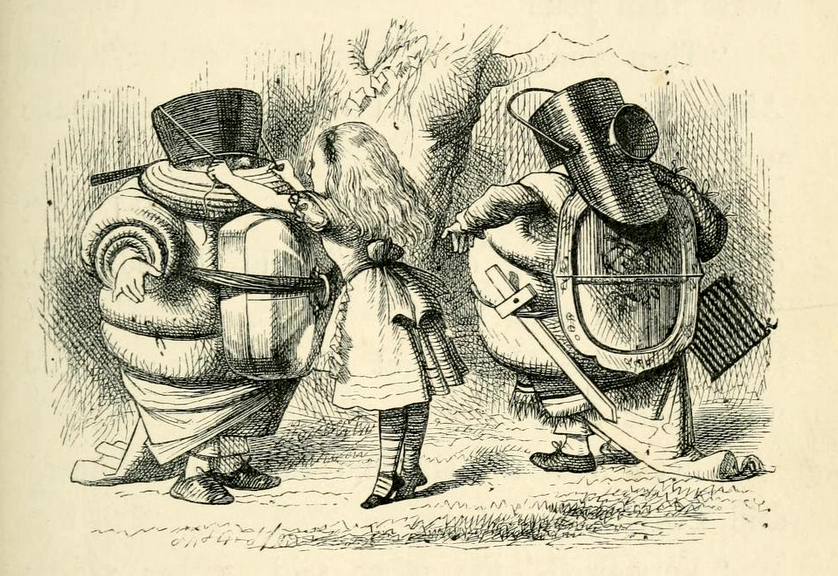 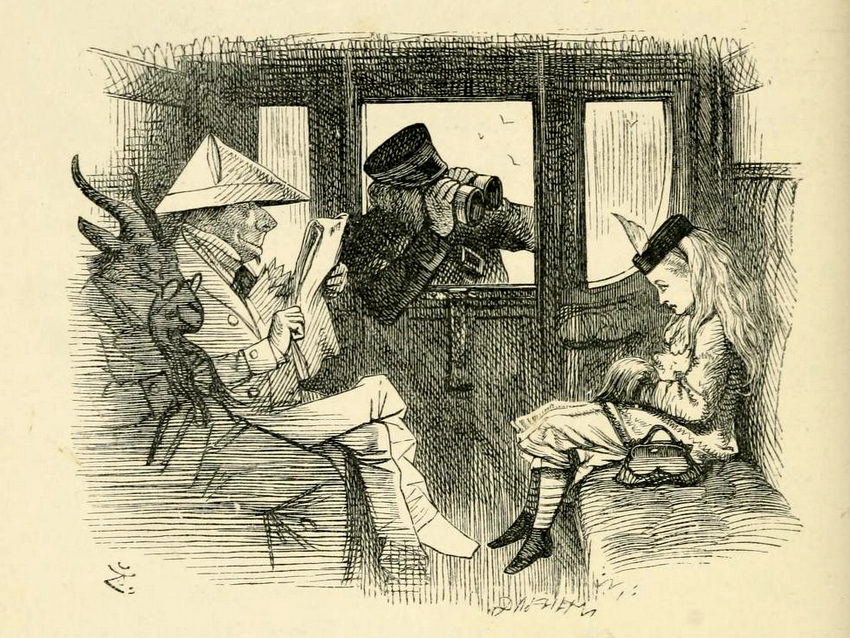 Through the Looking Glass – Archive.org

“The Jabberwocky” – The Poetry Foundation

Exhibition at the Morgan Library – Alice: 150 Years of Wonderland

Possible Interpretation of nonsense words in The Jabberwocky – Wikipedia