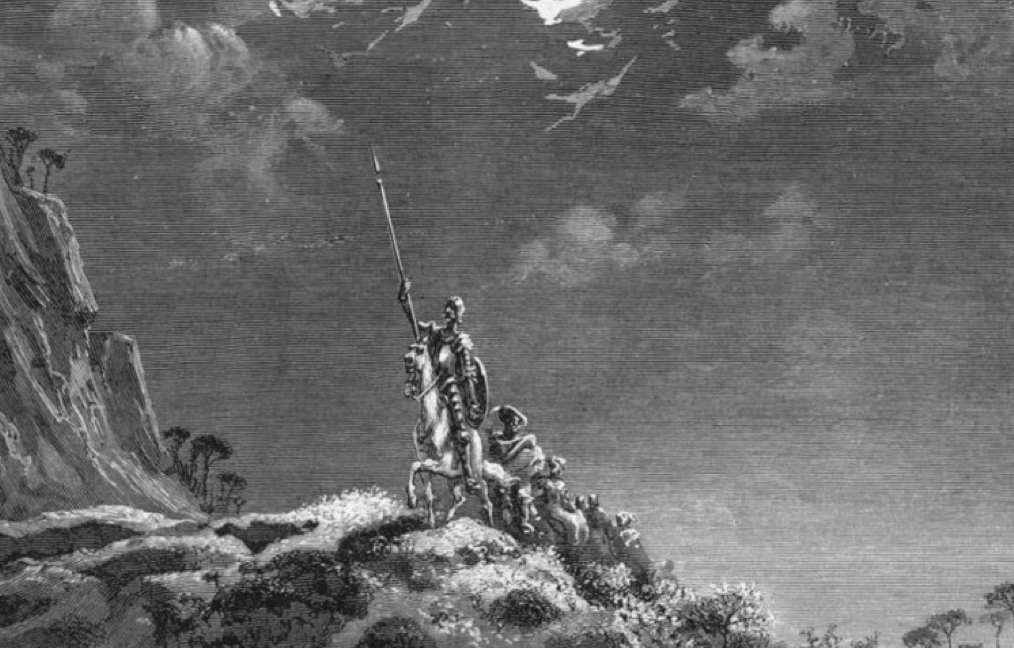 In setting the stage for QUEST, we explored the fundamental underpinnings of the idea: that a “quest” requires something more than just an adventure. The word implies a calling or challenge, and brings to mind the drive and obsessions of Odysseus and Jason, and the central themes of Gilgamesh & the Ramayana. Quests are at the heart of great literature, in stories of Middle Earth, of King Arthur and Don Quixote, as well as the driving force behind the Age of Exploration.

The most famous of these quests are all Quixotic, perhaps never to be fulfilled, forever laying in the promise of the future. Perhaps it is because “quests” are not really about success, they are about seeking and about process, they are about hope and and transformation.

The now mythic lost city of El Dorado once had roots in reality, in stories of the wealth and traditions in the newly conquered territories of the New World in the mid 1500s. But after failed quests and over time, El Dorado dissolved into legend, another mythic Utopia, a land paved in gold and richer, a society free from evil, a lost city of perfect harmony.

The author Robert Louis Stevenson mused on the idea of El Dorado as the ultimate unobtainable dream, a stand in for all of those personal quests in our lives where the perfect version always remains out of reach. Born in Edinburgh in 1850, Stevenson is most famous for his adventure yarns Treasure Island and Dr. Jekyll & Mr Hyde, but he was also an essayist, musing on life and the pursuit and definitions of success.

The essay comes from the collection titled Virginibus Pueresque, first published in 1881, shortly after his marriage and emmigration to California with his new wife. The essays were originally penned over the few years previous as his life transformed, he traveled, first met his future wife, and moved half way across the world to the El Dorado of San Francisco.

In this, the sixth essay in the book titled “El Dorado” the author  ponders the quest and the promise, the realities of everyday life, the elusiveness of success, and the meaning that underlies it:

After pondering the “a life-long struggle towards an unattainable ideal”, he concludes:

“…There is no end, indeed, to making books or experiments, or to travel, or to gathering wealth. Problem gives rise to problem. We may study for ever, and we are never as learned as we would. We have never made a statue worthy of our dreams. And when we have discovered a continent, or crossed a chain of mountains, it is only to find another ocean or another plain upon the further side. In the infinite universe there is room for our swiftest diligence and to spare. It is not like the works of Carlyle, which can be read to an end. Even in a corner of it, in a private park, or in the neighbourhood of a single hamlet, the weather and the seasons keep so deftly changing that although we walk there for a lifetime there will be always something new to startle and delight us.

There is only one wish realisable on the earth; only one thing that can be perfectly attained: Death. And from a variety of circumstances we have no one to tell us whether it be worth attaining.

A strange picture we make on our way to our chimaeras, ceaselessly marching, grudging ourselves the time for rest; indefatigable, adventurous pioneers. It is true that we shall never reach the goal; it is even more than probable that there is no such place; and if we lived for centuries and were endowed with the powers of a god, we should find ourselves not much nearer what we wanted at the end. O toiling hands of mortals! O unwearied feet, travelling ye know not whither! Soon, soon, it seems to you, you must come forth on some conspicuous hilltop, and but a little way further, against the setting sun, descry the spires of El Dorado. Little do ye know your own blessedness; for to travel hopefully is a better thing than to arrive, and the true success is to labour.”

Summary of all the essays in Virginibus Pueresque – The RLS Website