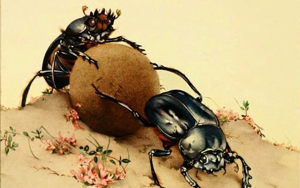 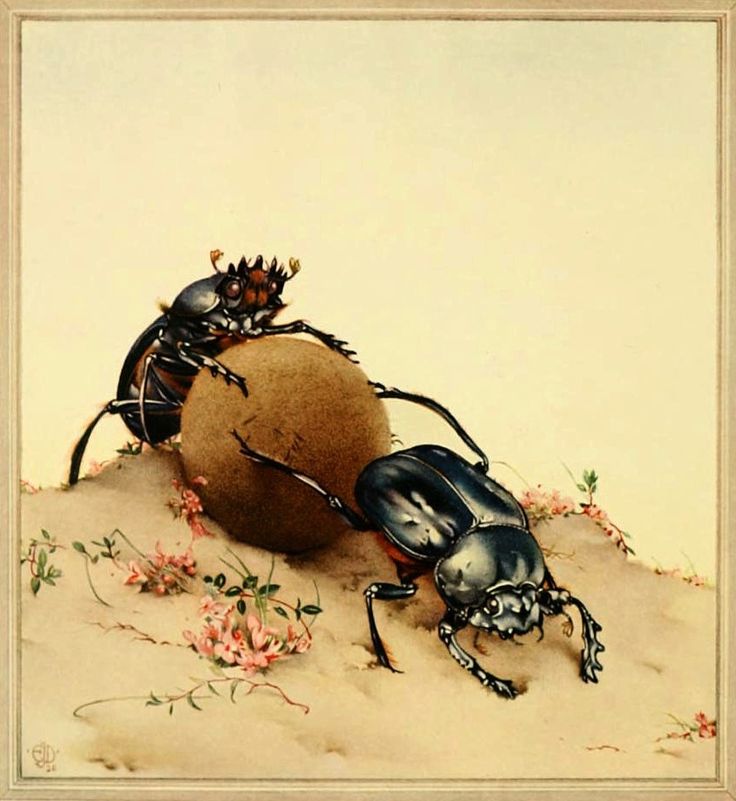 This exceptionally lovely illustration by Victorian British artist Edward Detmold was published in 1921 in the Fabre Book of Insects, depicting two sacred Egyptian “Scarabaeus sacer” dung beetles in the act for which they are most famous: rolling a ball of dung to their den. Detmold was a prolific illustrator of the natural world along with his twin brother Charles Maurice. After his brother’s death in 1908, Edward went on to illustrate classic fairy tales as well as an ever expanding series of depictions of of insects, animals, and flowering plants in his signature romanticized version of realism.

The Fantastic Creatures of Edward Julius Detmold, by David Larkin 1976 (book, out of print)