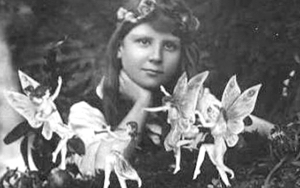 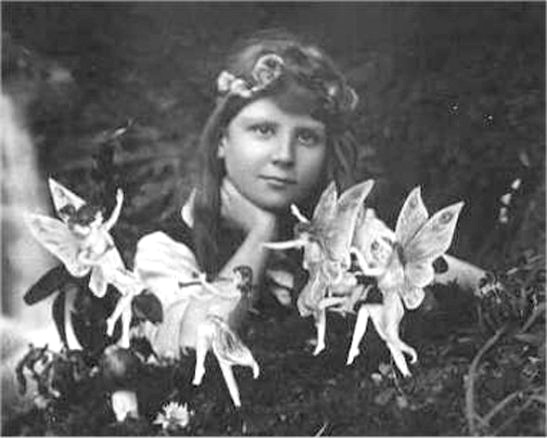 In 1922, Sir Arthur Conan Doyle (of Sherlock Holmes fame) published a rather different kin of book: The Coming of the Fairies about what later became known quite famously as the Cottingley Fairy Hoax. ⠀
⠀
Doyle, a committed and enthusiastic spiritualist, had dedicated a lot of time and energy into seeking proof of the paranormal in the years after his Sherlock Holmes fame. His support for the tale of a visit by tiny, very fashionable fairies told by two girls and a box camera somewhat undermined his credibility… although not as much as one might suppose.⠀
⠀
The photos at the heart of the hoax are lovely, taken by the girls seemingly on a whim using a borrowed camera and some cardboard cutouts of fairies taken from a children’s book.⠀
⠀
Incredibly, it was not until the 1980s that the hoax was finally, conclusively revealed. ⠀
⠀
Doyle’s book is available in modern reprints, or you can find a scan of the original over on the Internet Archive.

The Coming of the Fairies – Archive.org