Ole Worm, who usually went by the Latin Olaus Wormius, was born in Aarhus, Denmark.

Born in 1588, he was, in fact the son of the mayor of the town (and the grandson of a magistrate). At the age of 13 Ole was sent by his family to Germany to begin his studies. He went to several universities and graduated with his last degree at 29. He was, at one point, the personal physician of King Christian the Fourth. He is also considered one of the few who stayed to help victims of the Black Death in Copenhagen. His specialty was as an embryologist, and the Wormian bones in our skulls are named for him. He spent most of his academic career in Copenhagen, teaching various subjects, including Medicine.
Yet Ole Worm had so much more going on! In his travels and research he collected, and cataloged, and archived a sizable host of specimens of natural history, taxidermied animals, artifacts, and fossils, which led to his creation of his Museum Wormanium, a collection of curiosities. 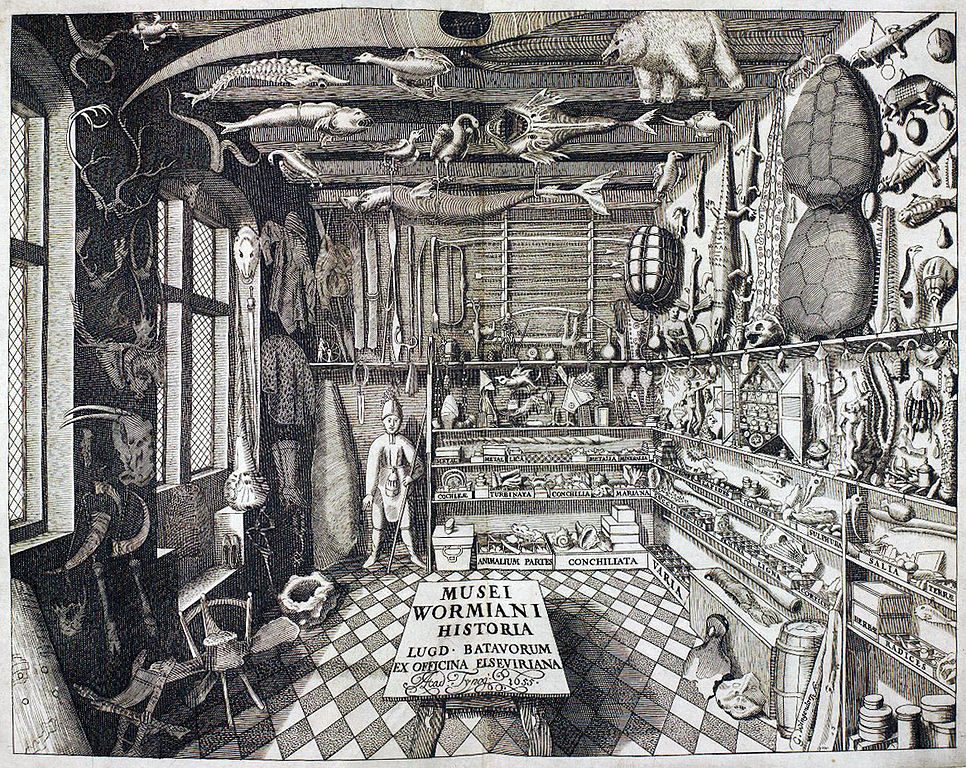 He also continued his research, including, for example, debunking the existence of Unicorns. He concluded that the horns attributed to unicorns were actually those of Narwhals. He then proceeded to experiment with Narwhal horns to see if they contained poison antidotes. He concluded that they do not.
When he died, of bladder disease, on August 31, 1654, his collection was purchased by King Frederick the Third. Some of the items in his collection can still be seen, in the museum of Copenhagen

May 25, 1876  – Adam Worth steals a recently discovered Gainsborough portrait, keeps it from the Pinkertons for over 25 years