On this day in 1947, Han van Meegeren was convicted of fraud. 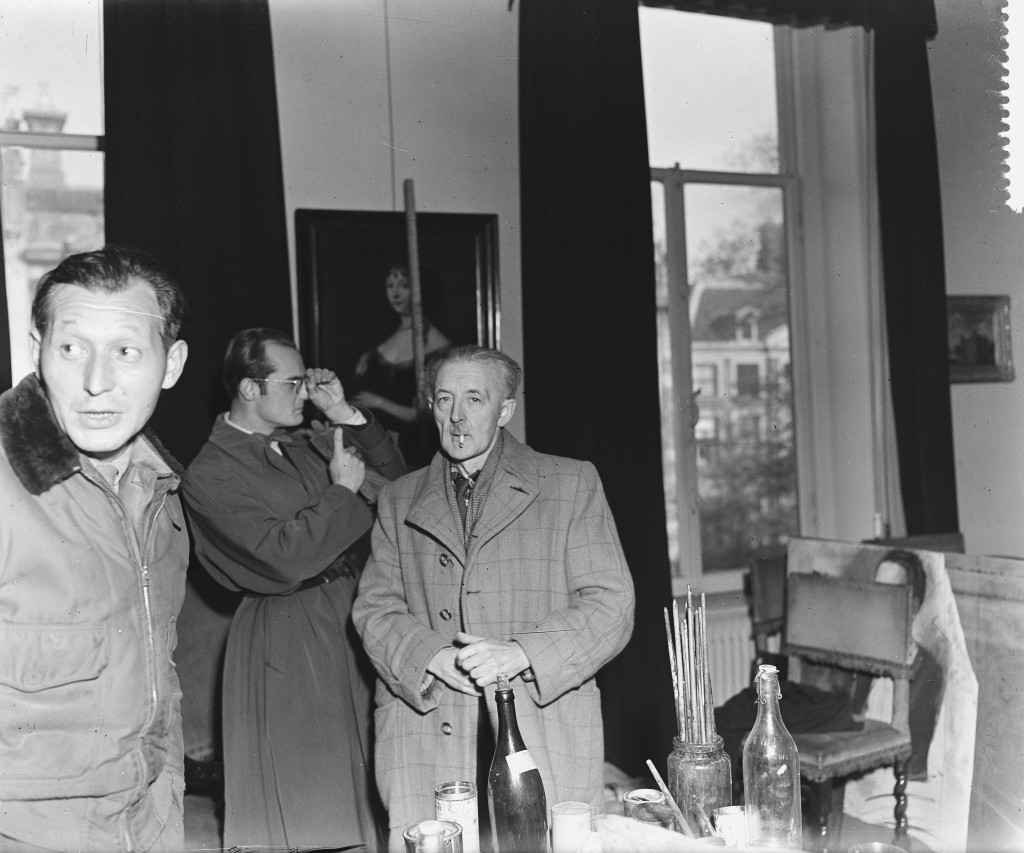 Van Meegeren (1889-1947) was an artist, a frustrated artist. Born in Holland, Meegeren became enamored with the paintings and style of Dutch artists such as Rembrandt, Vermeer, and Aelbert Cuyp, but when he tried to make his own art, critics found his work to be too derivative. Van Meegeren was determined to prove his artistic worth to the world, and so became a forger. And he was good at it. He created, and sold, paintings that were claimed to be those of the original painters, selling the pieces through intermediaries to enthusiastic buyers.
His most famous forgeries were those he sold as done by Johannes Vermeer, who painted famous paintings such as “Girl with a Peal Earing” and “The Milkmaid”. In 1937 (or 1936) Van Meegeren created a painting titled “Christ and his Disciples”. The painting was reviewed and praised as a magnificent work of Vermeer, and his artistic worth was, confirmed, to him alone. Nobody knew it was him because Van Meegeren had to work in secret, lacking even the models for his figures, in order to avoid being caught. 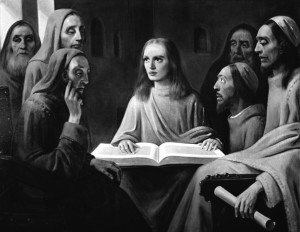 In 1945 he was caught after all, but not for fraud. Van Meegeren was arrested on a charge of collaborating with the enemy when his name was found in connection with a sale of a “Vermeer” painting to Hermann Goering, the Nazi Field Marshal. Van Meegeren’s defense strategy was to prove that it was not a Vermeer painting at all, but that he himself forged the painting. Further, he argued, since he had traded the forgery for 200 original Dutch works of art that Goering had previously seized, he himself had actually done something good for Holland. 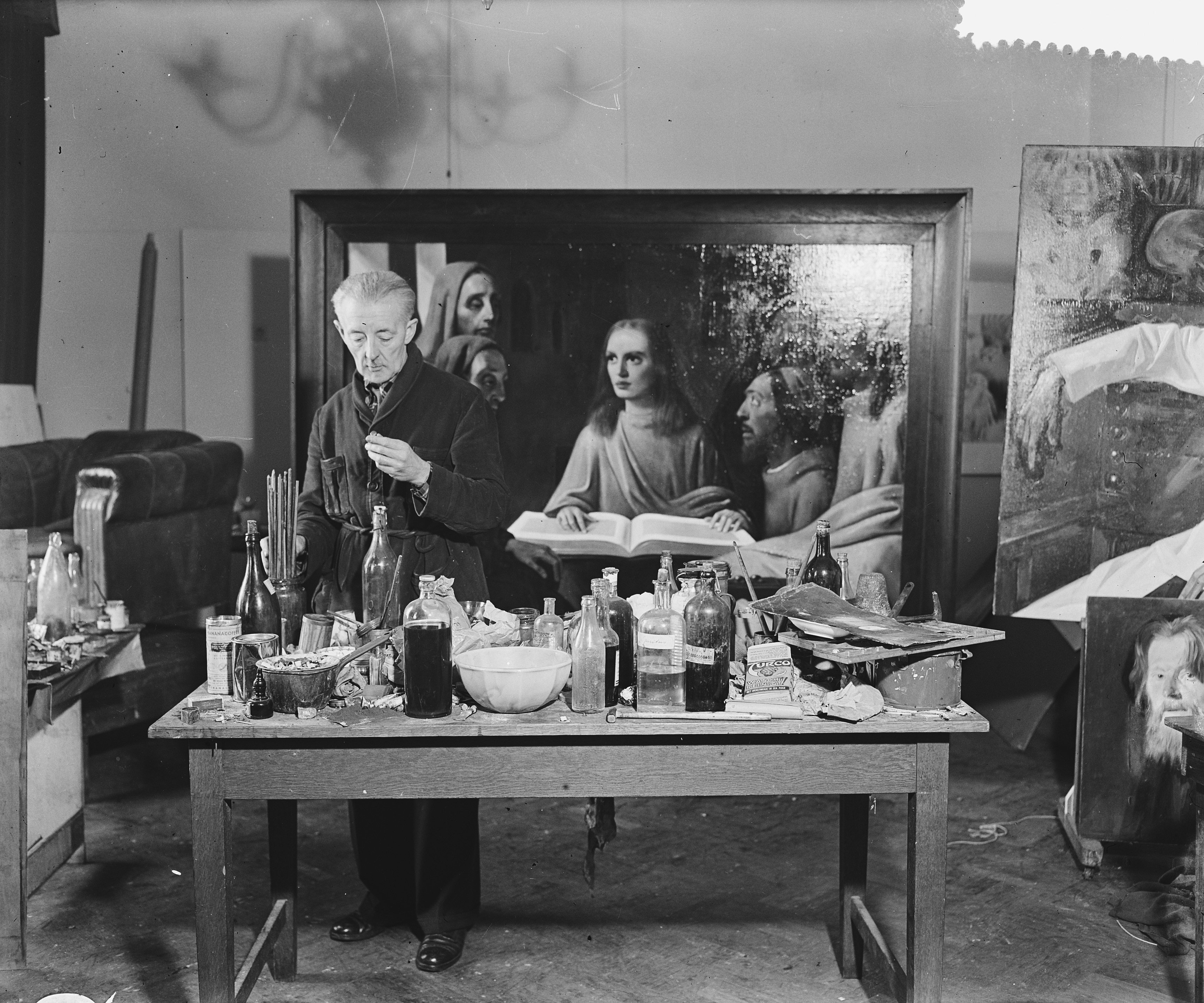 Van Meegeren in the courtroom during his trial in 1947

To prove the forgery, he was to paint another “Vermeer”, in court, which he did. Under the watch of police, he painted “Jesus Among the Doctors”. He was found innocent of collaboration, but guilty of fraud, and sentenced to a year in jail.
He was pleased with the results as he felt his talent would now be recognized, and that he made all of these paintings for art rather than for money. Van Veegeren died on December 29, 1947, in a Helsinki hospital, after suffering two heart attacks. He had not yet been transferred to jail.

Dolnick, Edward, The Forger’s Spell: A True Story of Vermeer, Nazis, and the Greatest Art Hoax of the Twentieth Century

Lopez, Jonathtn, The Man Who Made Vermeers: Unvarnishing the Legend of Master Forger Han van Meegeren