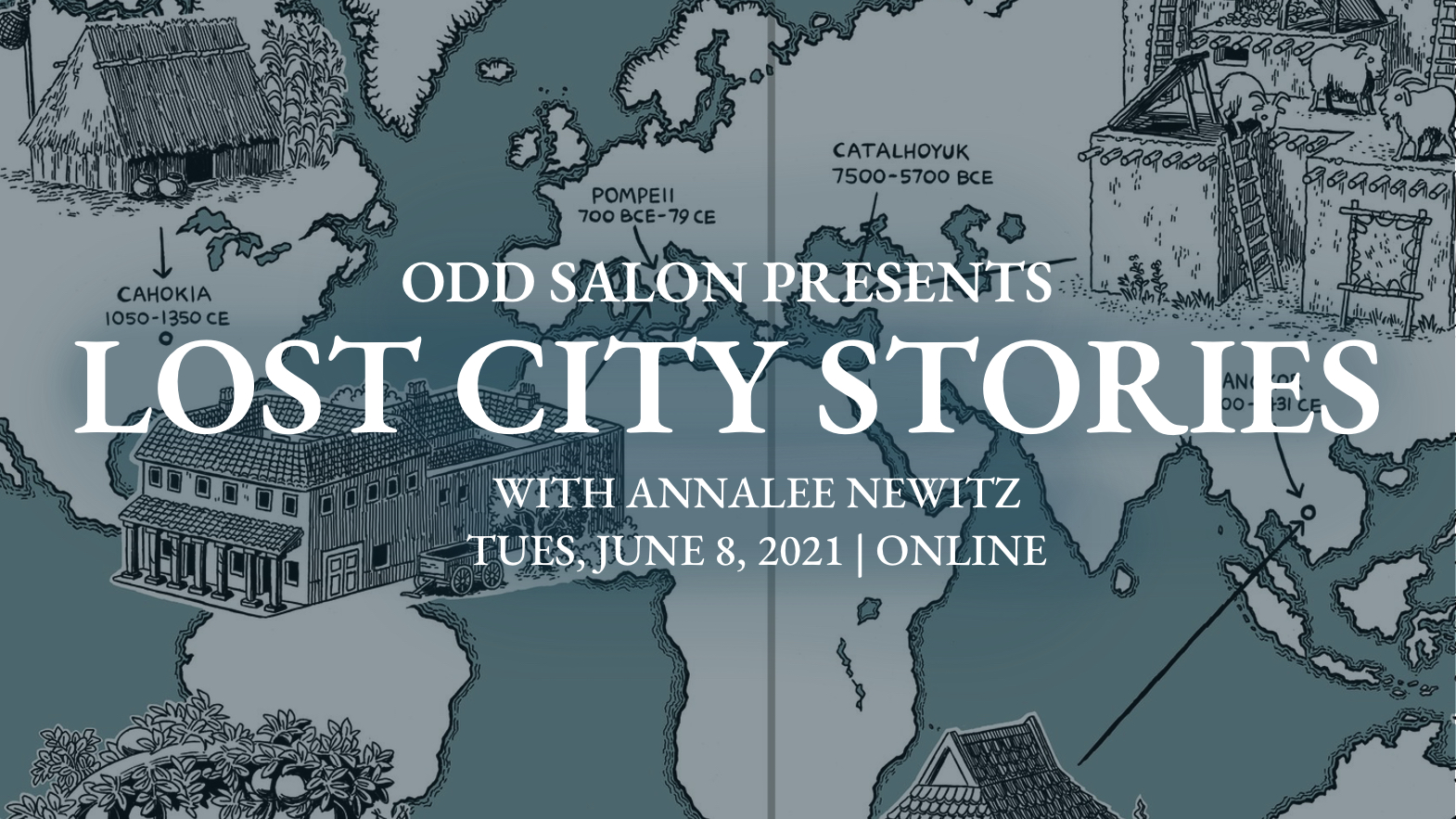 The Basket-maker, the Sex Worker, the Servant, and the Archaeologist: 9,000 Years of City Life, with Annalee Newitz

Stories of four ordinary women working in four great cities, separated by thousands of years and thousands of kilometers.

Archaeology often explores the lives of great warriors, queens, and philosophers. But the most interesting stuff happens in the kitchens and back alleys. Join us on June 8 for stories about four ordinary women who lived in four ancient cities that defined the modern world, and tales from four lost cities, with Annalee Newitz, science journalist and author of Four Lost Cities: A Secret History of the Urban Age, followed by a conversation and Q&A about the behind-the-scenes stories from their travels to explore the Neolithic site of Çatalhöyük in Central Turkey, the Roman vacation town of Pompeii on Italy’s southern coast, the medieval megacity of Angkor in Cambodia, and the indigenous metropolis Cahokia, which stood beside the Mississippi River where East St. Louis is today.

Grab a copy of Annalee’s book ahead of time! Folio Books in San Francisco is offering signed copies of Four Lost Cities for those who might like to read ahead: Get your signed copy here>

Facing tough economic times? We hear you. Trade us one weird fact and we’ll send you a free ticket – Email us a fact about your favorite lost city>