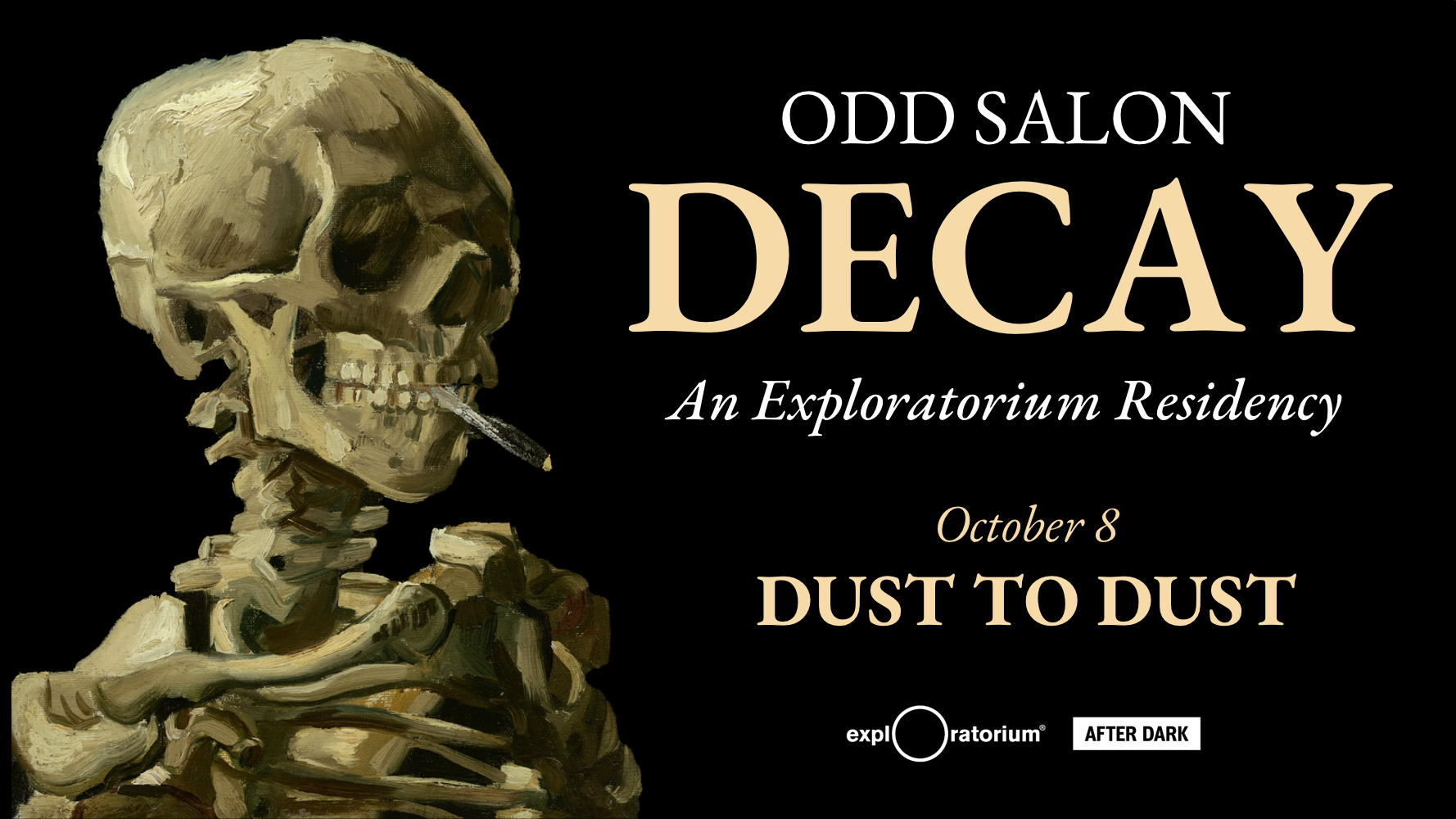 We are so excited to bring Odd Salon to the Exploratorium as part of a month-long residency, featuring three Exploratorium After Dark Online programs on October 8, 15, and 29.

After Dark Online: Dust to Dust

Dig into deep time and glimpse geologic processes that form our planet and its habitable conditions. From the Big Bang onward, elements and atoms have been colliding, combining, transforming, and deteriorating, resulting in our current snapshot of the universe. In this program, explore evidence that reveals the story of this formation and clues to its inevitable disintegration.

Kit Rackley ~ The Anthropocene: Does Arrogance Outlast Decay?
Humans have been a ‘force of nature’ for only a few thousand years, depending on who you listen to. So it is arrogant to suggest a whole new geological epoch based on our actions? What human artifacts will be left after millions of years of decay?

ALL EVENTS IN THIS SERIES ARE STREAMING ONLINE | Ages 18+ | FREE