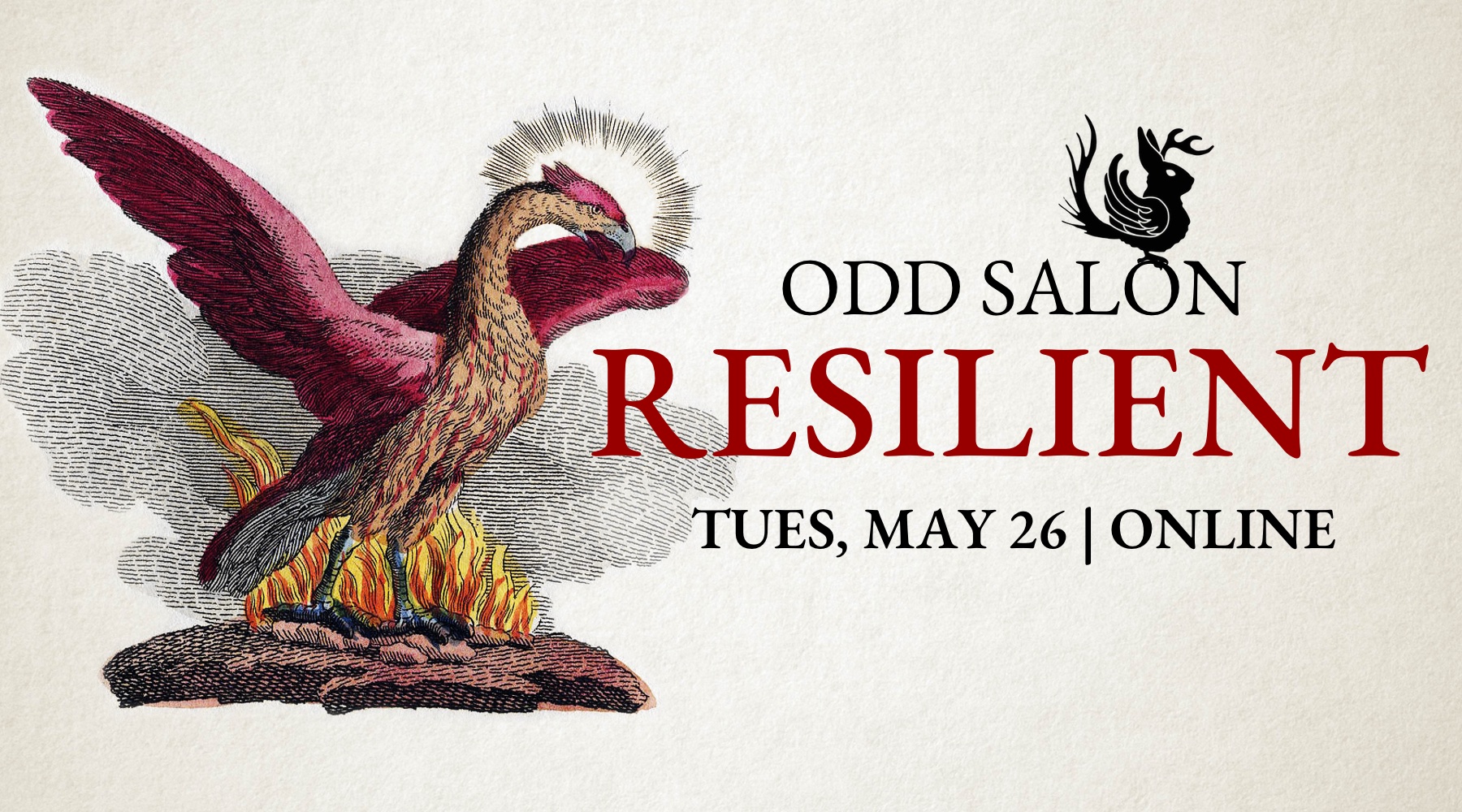 Stories of triumph and perseverance, hope, support, and love from times of plague and pandemic

We’re taking the salon online! Join speakers from both the San Francisco and New York City chapters for an evening of stories of strength, silver linings, and kicking ass during some of history’s darkest chapters.

Unfettered from our usual theaters on opposite coasts, we are excited to bring a first ever line up of Odd Salon Fellows from both cities together for this, our first online salon.

Even during the worst of days of history – then as now – individuals have stepped up to make a difference, communities have rallied together, unlikely heroes have emerged, and resilient art forms have flowered, inspired and informed by the shared experience endured.

JR Pepper ~ Hast Thou Readst My Blog? The Plague Journals of Samuel Pepys

In the days before social media, blogs, gossip magazines and tell-all books- people kept journals to describe their day-to-day. But, what if your day to day involves  living through one of most devastating plagues in human history? Samuel Pepys took the opportunity to journal the mundane, the devastation, his womanizing, his cat and the local gossip- in a series of personal journals from 1660-1669.

Ingmar Bergmans’ now widely acclaimed cinematic masterpiece The Seventh Seal was acknowledged to be a special film before production even began; yet it was given just the routine thirty-five day shooting schedule, theatre actors speeding through production, and chilly Swedish critical reception. Set during the Black Death of 1348, and filmed in 1957, the film is also reflective of atomic age questions of existentialism. Unexpectedly, it created a booming desire for international cinema, propelling Bergman to status of grand auteur, with the chiaroscuro cinematography cementing its iconic imagery.

How an ornery leper scared America’s wealthy into paying for research into Hansen’s disease by defying quarantine and making an unruly, uncomfortable and press-worthy spectacle which raised the profile not only of the disease of leprosy, but the inhumane and antiquated treatment of patients.

Isolde Honore ~ Dr. Joe and the Fight to Save America’s Children

Dr. S. Josephine Baker was a champion of preventative medicine and innovative public health solutions. She tackled outbreaks of typhoid and dysentery in slums, then took on the worst health crisis in New York: high infant mortality. She revealed to the nation that it was six times safer to be a soldier in the frontlines of France during WWI, than to be an American infant. Something had to change.

Kate O’Donnell ~ The No Nose Club: Solidarity in the Face of Stigma

In 18th century London, syphilis sufferers faced not only untreatable symptoms but deep universal prejudice. Join us for the tale of how one underground gentleman’s club challenged that prejudice – upending stigma through community, solidarity, and perhaps a few too many nose jokes.

When trains, planes and SHIPS wouldn’t do, Siberian Huskies answered the call to deliver antitoxin to the edge of the American empire, against overwhelming odds, covering 674 miles of ice covered terrain in just five and a half days, to save the lives of children of Nome, Alaska.

This event will livestream for free. Paid tickets go to support Odd Salon during this unexpected hiatus from live salons, and all paid levels come with extra perks, including both limited-edition print and digital access to our first edition of the Odd Salon Journal, featuring related reading and art, resources, and supplemental material from our speakers, related to the talks featured in our RESILIENT salon and related stories.

Discounts on all tiers available to 2020 Members of Odd Salon with membership access code.

RESILIENT is sponsored by HoloVista, the debut game from Aconite, inviting you to explore a dreamlike mansion, photograph mysterious objects, confront your deepest secrets, and confess them online.