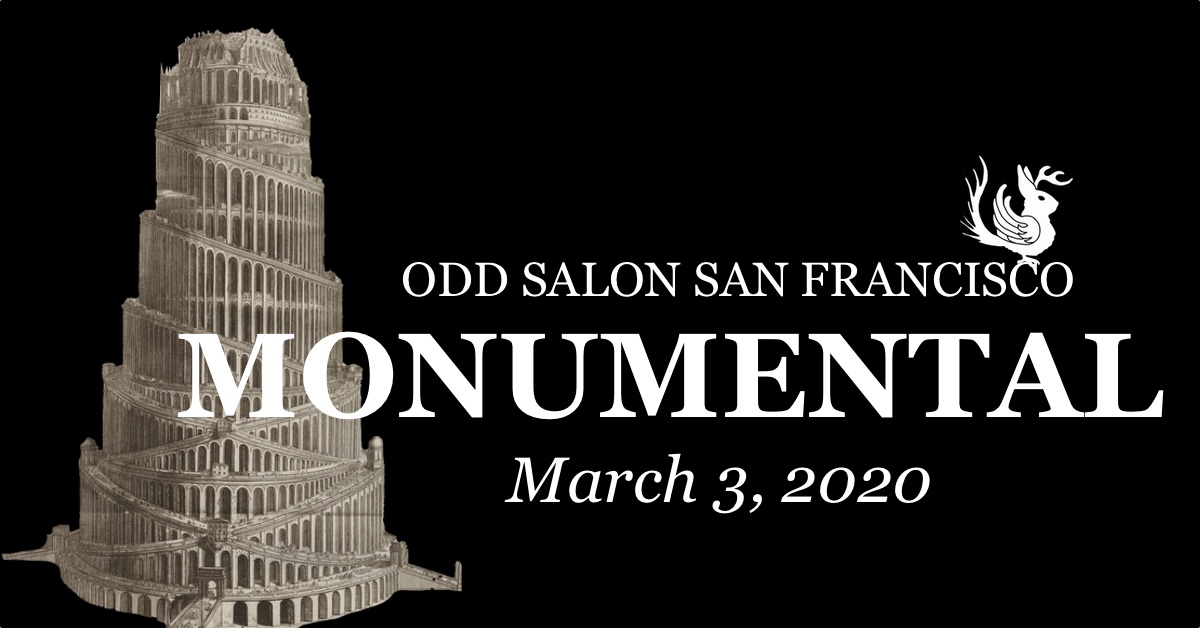 Kelly Jensen ~ James Lick’s Great Pyramid Scheme
Long before the TransAmerica Pyramid caused an uproar in Architectural circles, there were plans to erect a pyramid tomb larger than Great Pyramid of Giza in downtown San Francisco, dedicated to disagreeable millionaire James Lick. The story of why there’s a dead rich guy in the base of California’s first astronomical observatory is even weirder than you’d expect.

Stuart Gripman ~ L’elephant Triomphal: The Proposed Pachyderm Party Pad that Spawned a Fop Fight
In 1748 the city of Paris made plans to honor King Louis XV with a truly exceptional monument: a gigantic elephant shaped party house to be placed in the center of the city for all to admire. But, like so many bold architectural plans featuring a dining room in an elephant’s ass, the critics came out of the woodwork to raise their petty concerns and get in the way of visionary monuments.

Mark Lindsey ~ Thank the Giant Ground Sloth for your Avocado Toast
Among the largest mammals to have ever walked the Earth, the gigantic Megatherium, or Giant Sloth, was the size of a mammoth, and survived up until as recently as as recently as 10,000 years ago near the rivers and lakes of South America walking on enormous claws, eating’ stuff and co-evolving with … the avocado.

Rebecca Pelassini ~ Far from Rome: the Journey of Cleopatra’s Needles
It might seem odd that there is an ancient Egyptian obelisk standing in New York City, held up by crabs. It might also seem odd that that this is one of three  such obelisks called “Cleopatra’s Needles” (despite not being built by or for Cleopatra) that are no longer anywhere near Egypt. But both are true, and the practical logistics of transporting  a 69 foot, 220 ton stone overseas were monumentally epic.

Amy Widdowson ~ The Children’s Crusade: Medieval Influencers & Epic Fails
In 1212, a pre-teen preacher led an army of tens of thousands of children out of Europe on foot, over hundreds of miles to re-colonize the Holy Land. What could possibly go wrong? [spoilers: pretty much everything.]