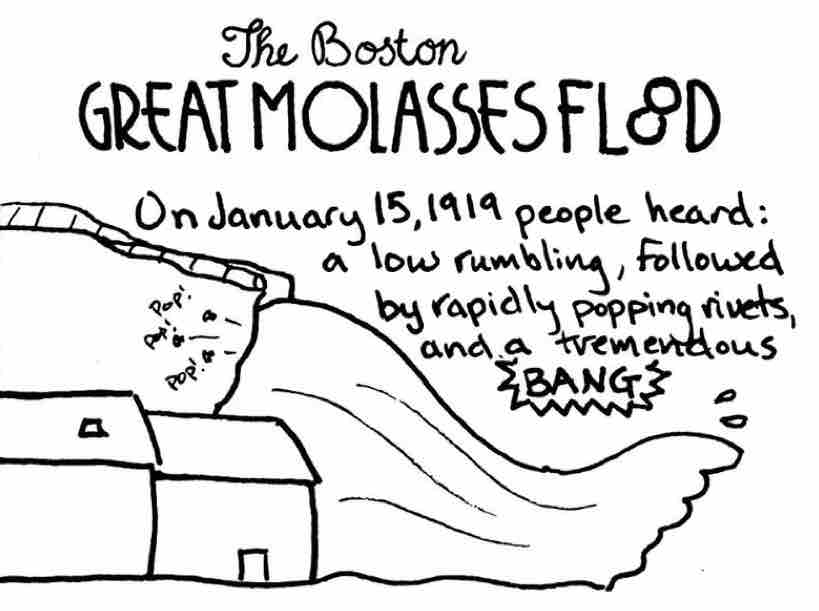 “Molasses, waist deep, covered the street and swirled and bubbled about the wreckage … Here and there struggled a form—whether it was animal or human being was impossible to tell. Only an upheaval, a thrashing about in the sticky mass, showed where any life was … Horses died like so many flies on sticky fly-paper. The more they struggled, the deeper in the mess they were ensnared. Human beings—men and women—suffered likewise.”   – Boston Post, 1919

In January 1919, the city of Boston was attacked by a speeding wave of sticky sweet death, forever known to history as the Great Molasses Flood: 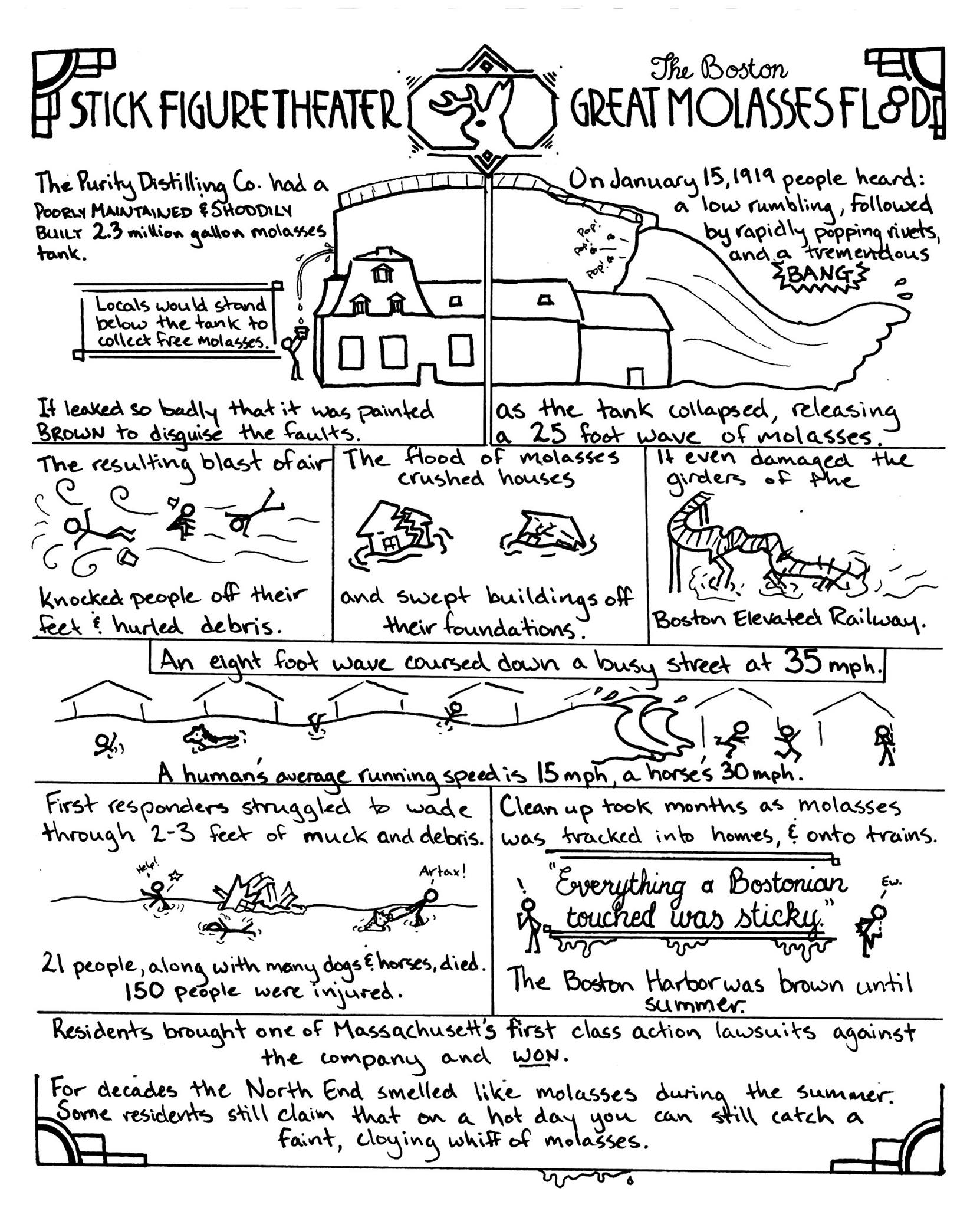 Photos, history and more about the Great Molasses Flood:

Photos & newspaper headline of the Molasses Flood from the Boston Public Library, on Flickr

The Science of the Great Molasses Flood – Scientific American