This post was contributed by Odd Salon Fellow Casey Selden, known around these parts for her love of Antarctic explorers, her knowledge of craft beer, and for contributing stories of everything from masterpieces of taxidermy to  badass gentlemen composers who, when not composing music, used to swim the Seine river with one arm tied behind his back. 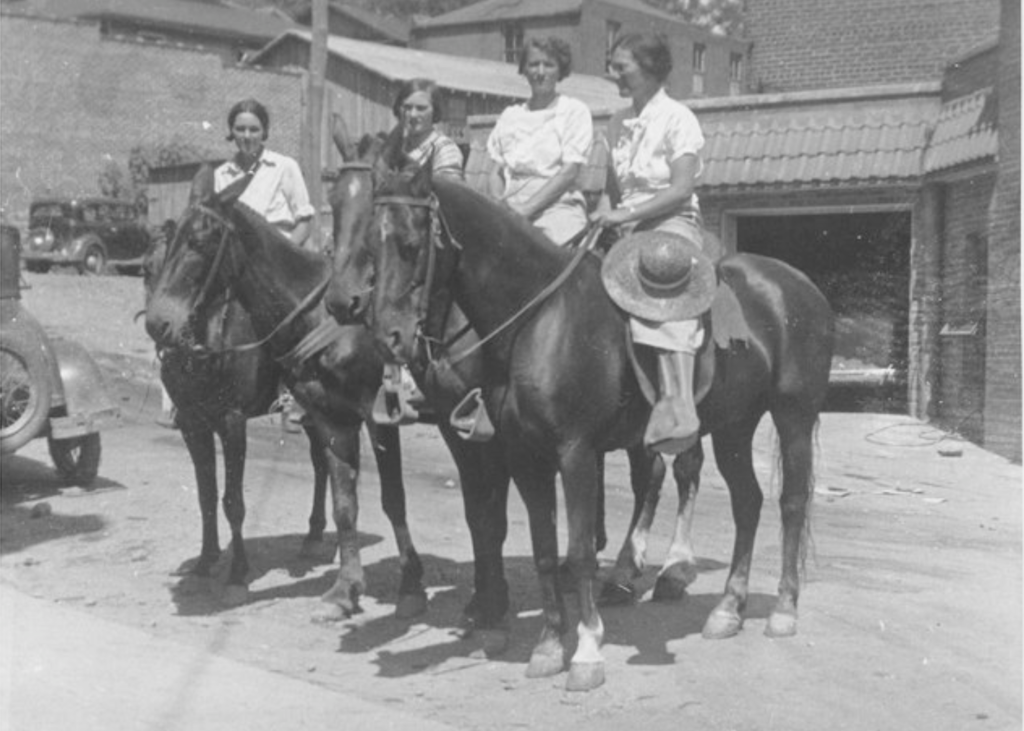 Here’s something that you should know about me: I will read any story with the words “heroic” and “librarian” in the title. Today, on Giving Tuesday, I’d like to bring to your attention a group of profoundly heroic and hard-working librarians who worked tirelessly during the Great Depression to bring books to rural Kentuckians.

Eastern Kentucky had, for generations, lagged behind most of the rest of America in terms of advancements in infrastructure, technology, education and economic opportunity. But the Great Depression still reached them, and hit many of these communities especially hard. In 1930 Kentucky had an illiteracy rate of 31%. Library statistics were equally dire, with a book circulation rate of just 1 book per person per year on average. But when President Roosevelt established his New Deal program in 1933, finally resources and energy could be directed at improving literacy and access to library materials in eastern Kentucky.

Enter The Pack Horse Library Initiative. Known colloquially as “the book women,” these female librarians traveled on horseback or muleback through treacherous mountain roads, trails and deer tracks to deliver books to poverty-stricken Appalachian communities around Kentucky’s hinterlands. They were not paid more than stationary librarians for this laborious new responsibility, but took it upon themselves to make reading accessible to even the most remote residents of their state.

These librarians would load their saddlebags (or pillowcases, or really any carrying device they could get their hands on) with around one hundred books at a time, and then take them on far-flung routes, covering on average 100-120 miles per week. Often they had to overcome significant obstacles to reach their destinations, with frozen rivers, obscured trails, and inclines too steep for their horses (in which case the librarians would have to take the books the rest of the way on foot). Many of the more isolated families were wary of the librarians, as they were strangers approaching with strange books. And so they would be tasked with yet another responsibility – to win the hearts and minds of the yet un-booked. Usually these librarians would use text from the Bible, which most Christians, even illiterate ones, were familiar with. And soon Kentucky had a bevvy of “heroic librarian” fans waiting patiently for the Book Women to arrive at their front door with copies of Robinson Crusoe, or the writings of Mark Twain. Illustrated books were especially popular with adults and children alike.

The Pack Horse Library Initiative continued in this manner for a full decade before funding ceased. But it wasn’t long before a motorized version also known as “The Bookmobile” launched to take its place. Though not as commonly known as, say, the Pony Express, which lasted only 18 months, these horsebacked heroes deserve more credit than they have received so far.

Three cheers for the Book Women of Kentucky!

Smithsonian Magazine has an excellent article on the topic which informed much of this post: Horse-Riding Librarians Were the Great Depression’s Bookmobiles

Want more heroic librarians? Here’s a few more examples from the micro-genre – you, too, may find yourself seeking out more tales of this type.

Zoia Horn, the first U.S. librarian ever jailed for withholding information as a matter of conscience (SF Gate)