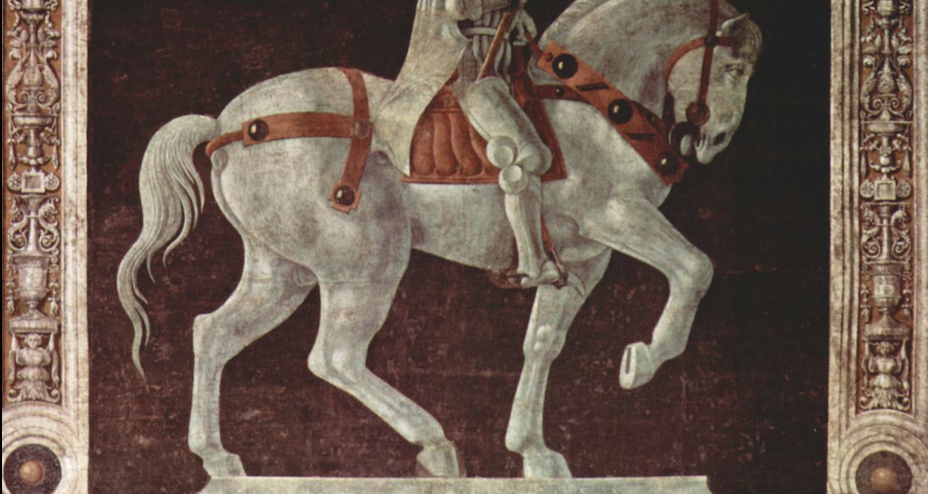 “The single weirdest thing I came across during my research was that when Uccello, the Italian painter, was originally painting the fresco of Sir John Hawkwood, the Italians made him start over, because due to his preference to paint the point of view below the subject, they felt too much of the horse’s penis was showing.”

Although no one really knows the exact reasons why Florentine master Paolo Uccello was brusquely ordered to revise his freshly completed fresco of the mercenary John Hawkwood, the strange split perspective implies that perhaps the horse was a bit too immodest for church.

Despite the fact that Hawkwood had actually once led attacks on the city, he died as its hero. The grateful city commissioned a memorial to the warrior, here in its most sacred space. Originally painted in 1436, the enormous fresco still hangs, updated and restored, in the nave of the Basilica di Santa Maria del Fiore (otherwise known as il Duomo).

Uccello’s first version was rejected by the capo maestro of the Duomo. The details have been lost, but research indicates that the original version showed both horse and rider in a more aggressive stance. Uccello’s repainting included a change both of pose and color, and possibly of angle.