On this day in 1876, the recently re-discovered and insanely valuable portrait of Lady Georgiana, duchess of Devonshire disappeared without a trace from a gallery in London. It would not be seen again for 25 years.

The midnight heist was pulled off by Adam Worth, a Boston safecracker and bank robber living high on ill-gained riches in London under an assumed name. It may have been the crowning achievement in a life of daring and ingenious crime. 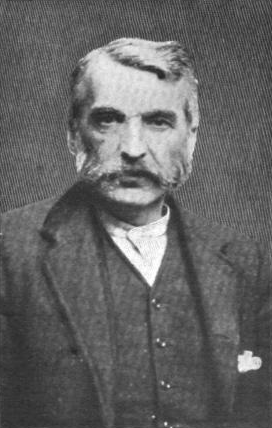 The painting was not only famous for its innate beauty and the fame of the artist, the esteemed English portrait and landscape painter Thomas Gainsborough, but from the moment it was put up for sale it was surrounded by mystery and intrigue, notoriety, and money.

The lady pictured giving the mischievous smile under a truly impressive hat was Georgiana Cavendish, Duchess of Devonshire. Beautiful and willful, she was notorious in her day for her dalliances and provocative style, for her gambling and politics and unladylike ways.

This portrait of her, circa 1786, was thought lost until it was discovered by an art dealer, cut down to fit over the fireplace in a modest dwelling in England in 1841. It was kept by collector until it was put up for auction after his death. The public response was unprecedented.

The gallery of Agnew and Sons, London managed the publicity and the sale, eventually selling it for the then astronomical sum of $50,000, making it the most expensive painting ever sold at the time. The buyer? Junius Morgan, as a gift for his son, JP.

And then it vanished.

Then in Oct 1892, a man was caught in Belgium, screwing up a relatively simple heist. The police were surprised to discover that the man they held was a master criminal that had eluded authorities across three continents for 20 years.

The lady was finally returned at the end of Worth’s life, turned over to the famous detective William Pinkerton, and to the Agnew Gallery. The painting now resides back home, with the current Duke of Devonshire, at the ducal seat of Chatsworth House.

The Napoleon of Crime: The Life and Times of Adam Worth, Master Thief, by Ben Macintyre

Review of The Napoleon of Crime – Smithsonian Magazine