Life Discovered on the Moon! So claimed the New York Sun in an article published August 25, 1935. This article was the first of a six-article series. These articles described various kinds of animals living on the moon, including unicorns, beaver-like animals, and a society of Vespertilio-Homo (Man-bat). 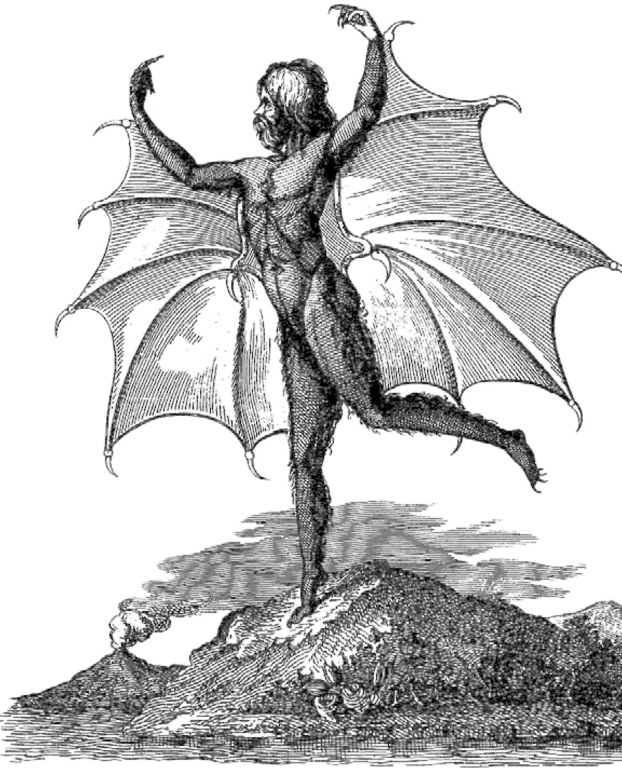 Vespertilio-Homo. One of various kinds of life “found” on the moon.

The articles also described the moon itself, giving it rivers, flora, and huge amethyst crystals, Sapphire Palaces and a Ruby Amphitheater. 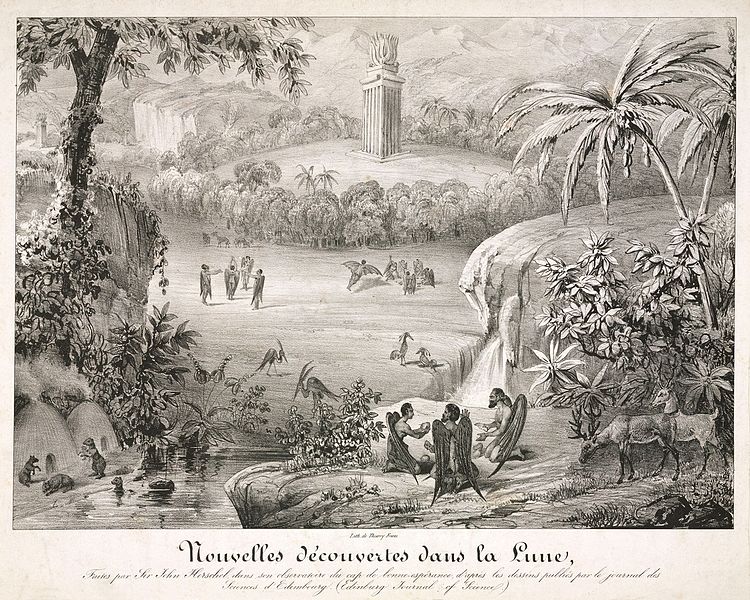 An image of the surface of the moon, with various fauna, flora, and one of the jewel structures.

The New York Sun’s readers were enamored by the story, and believed it to be true. They snatched up the newspaper, and eagerly read the articles as they were published. The excitement even caused a committee of scientists from Yale University to travel to New York to look at the Edinburgh Journal’s material themselves.
The Sun claimed to have reprinted these articles from the Edinburgh Journal of Science and that their original author, a Dr. Andrew Grant, was a colleague of John Herschel. Herschel was a real astronomer, and this lent credibility to the account of life found on the moon. The read author seems to have been Richard Adams Lockem though he has never acknowledged this. Herschel himself, though initially amused by the stories and their reception, was later reported to be annoyed as he was questioned by people took the articles seriously

Interestingly enough, the Sun admitted the hoax, on September 16, 1935, to no ill effects. The paper’s readers were amused rather than outraged, and the paper’s sales were still successful.

Another interesting note: Edgar Allan Poe accused the Sun of plagiarizing his own work, citing his story “Hans Phaall – A Tale”, published June 1935, as the source. His editor, at the time he published it was none other than Richard Adams Locke,

February 1928, Chicago “The Call of Cthulhu” by H. P. Lovecraft is First Published