On this day, June 14, 1846, The Republic of California was established in the Bear Flag Revolt 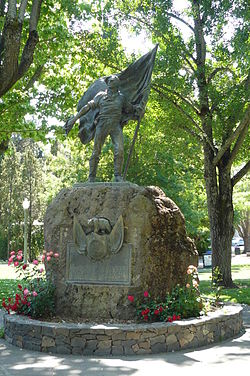 In the spring of 1846, Mexican Governor Jose Castro announced that any purchase of land by people who were not Mexican citizens was void, and that foreigners would be expelled from such lands when Mexico deemed it convenient. As a reaction to this proclamation, and the added rumors spreading in Alta California, a meeting took place between several leaders of California leaders and Army Captain John C. Fremont. He welcomed these men (Called Osos, Spanish for “Bears” and named Ezekiel “Stuttering Zeke” Merritt their leader. While Fremont did not offer assistance, he did encourage the men to resist the Mexican proclamation and potential actions.

In early June, Mexican General Vallejo sent 170 horses to Castro, and this proved to be the catalyst for action among the settlers. Merritt and his men captured the horses, and brought them to Fremont’s camp. And, on June 14, 1846, they arrived in Sonoma, knocked on Vallejo’s door at Dawn, and declared Vallejo a prisoner of war. Vallejo was arrested (after some negotiation), and the Osos declared the area the Republic of California. The action is known as the Bear Flag revolt because of the new flag the men created to replace the Mexican one. 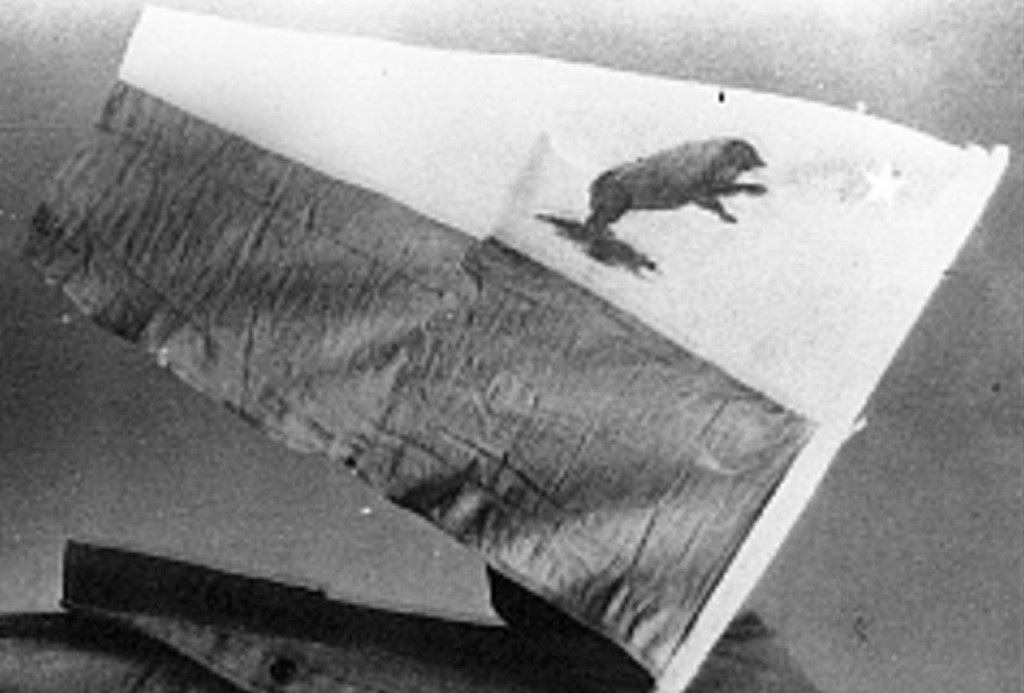 The original Bear Flag was created by Peter storm. Storm, according to a contemporary account by his wife, made the flag out of 4 diapers (two of which were dyed red), before sewing on the bear. This flag is the basis for the current flag of California, but at the time it was mocked, because the bear looked more like a pig. Another flag was quickly created a week later.

While the revolt was successful in accomplishing its goals, it was very short lived. The Republic of California existed three short weeks. On July 9, California was declared to be part of the United States when Lieutenant Joseph Revere came to Sonoma to deliver the United states Flag, and the Bear Flag came down.
Sadly, the flag was lost in the fires in San Francisco immediately after the 1906 earthquake.

Further Reading:
Dellenbaugh, Frederick Samuel. Fremont and ’49: the Story of a Remarkable Career and Its Relation to the Exploration and Development of Our Western Territory, Especially of California. New York: G.P. Putnam’s Sons. 1914