On this day, June 22, in 1884, the surviving men of the Greely Expedition were rescued from Cape Sabine. 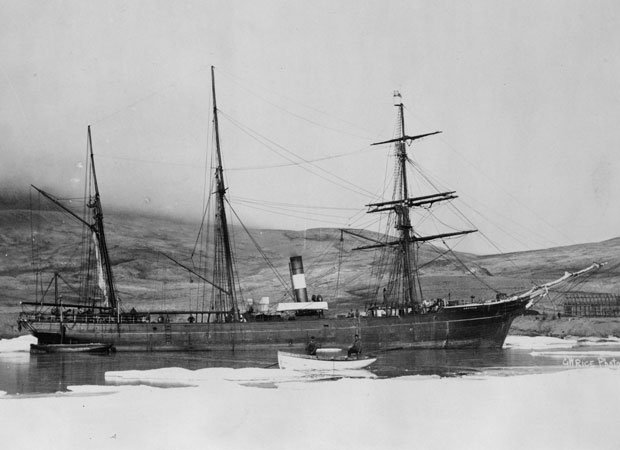 In 1881 Adolphus Greely and his men, aboard the Ship Proteus, set out as part of the International Polar Expedition, whose destination was Lady Franklin Bay. Their mission was establish meteorological observation stations and collect astronomical and polar magnetic data. They were also charged with finding clues, and maybe even survivors of, an earlier expedition, lost two years earlier. Unfortunately, Greely and his men became the object of multiple rescue attempts themselves.

At first, the Expedition seemed successful. They were able to discover and chart new areas along the coast of Greenland, and two members of the expedition achieved a new “farthest north” record. However, the expedition suffered from poor planning, lack of experience, and weather mishaps, and this led to their becoming stranded.

Greely’s ship was anchored in Fort Conger 1882-1883 and his men were driven to hardship by the consecutive failure of two supply parties to reach them. According to his instructions, Greely abandoned the fort and traveled south with his men to Cape Sabine, where they expected to find food and supplies. They were disappointed once again, but had to spend the winter there anyway, in dismal conditions, with scarcity of food and fuel.

By the time they were rescued, on June 22, 1884, only 6 of the original 25 men were still alive. Some died from drowning or hypothermia while others from starvation, and one by gunshot wounds; Private Henry was executed on Greely’s order. The rescuing teams, led by Captain Winfield Scott Schley, heard from the survivors stories of privation, illness, and cannibalism (which a later autopsy seemed to corroborate). 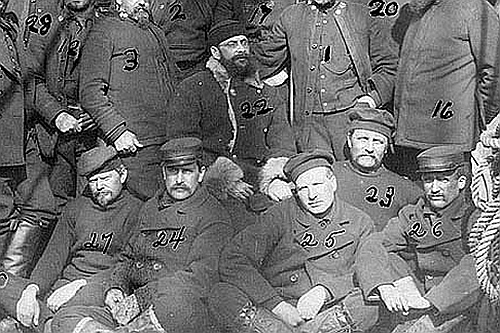 The surviving members of the Greely Expedition. Greely is number 22 in this picture.

Of the six who survived, five made it back to the United States, one having died along the way, and upon their return were venerated as heroes.