This post was contributed by Odd Salon Fellow Steen Comer, our long suffering resident AV human for the San Francisco salons, known for running up on stage to adjust a wayward microphone, or fix the things we constantly keep trying to break. He has spoken at Odd Salon about antiheroes and moral ambiguity, the inventions of Athanasius Kircher, and sex robots. 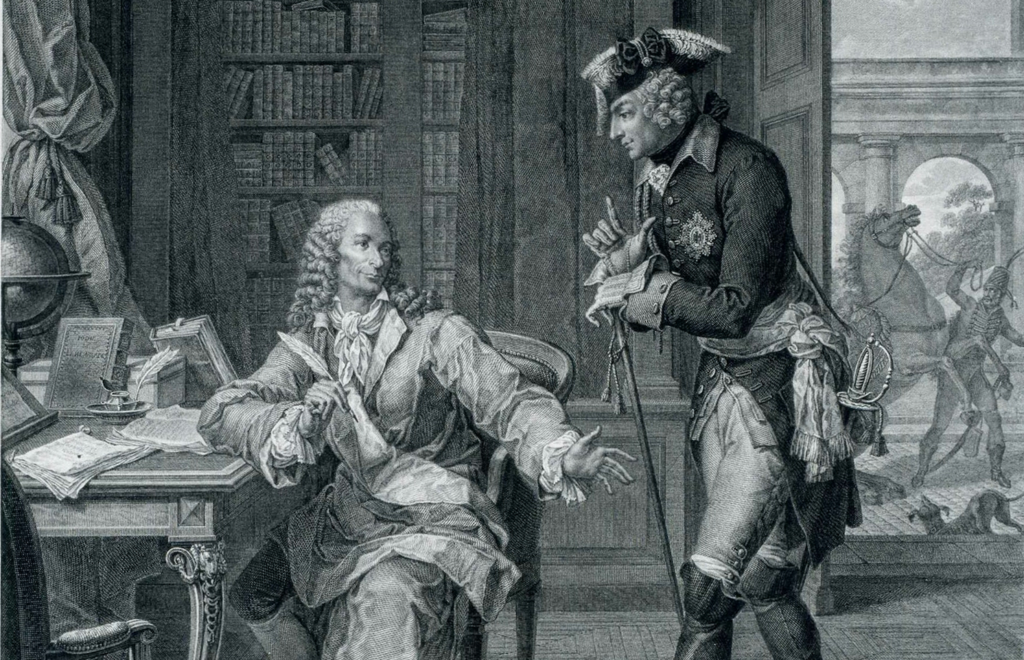 Hey, you’re a smart person. You want to keep up to date with the latest ideas in technology and science? You want to see what’s trending and what’s going viral? You want to keep your finger on the pulse of the globe, for up-to-the-minute, real time understanding of the forces that are changing the world in these tumultuous times? Then grab your quill pen and get ready to join the hottest social network: The Republic of Letters.

The so-called “Republic of Letters” was a loose and ad-hoc federation of people in the 17th and 18th Centuries who responded to their rapidly changing times by communicating about them. The Enlightenment was in full swing, and great ideas were being developed. In the realm of science, empiricism was starting to become a primary lens through which to see the world. Immanuel Kant was a real pedant*, and politically, the ideas were coming into focus which would serve as much of the basis of the French Revolution. And, yes, Athanasius Kircher was making mirror boxes for observing cats. It was interesting times, and anyone who was anyone wanted to stay on top of what was happening. Thinkers and philosophers were starting to become organized in ways they had not been previously, but the idea of a place like a university as a permanent repository of knowledge and site of intellectual exploration was not really established in European culture. The Royal Society was only formed in 1660, and it was one of the steps toward what we now think of as a centralized systematic approach to knowledge. So, communication by letter was often the only way to learn from others whose work you were interested in. 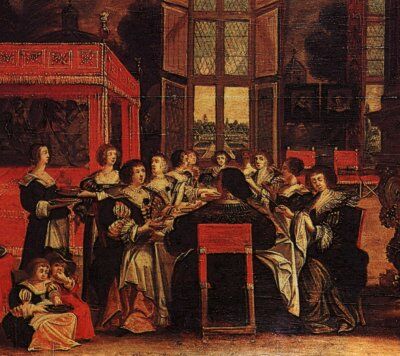 And, of course, the majority of the people working in these areas were men, because patriarchy. As always, though, there were plenty of smart ladies around who wanted in on the action. The women of the era were largely consigned to roles within the home, and so that is where they started. They began creating spaces where like minded individuals could come together to present ideas and have conversation about the exciting intellectual developments of the day. These were called “salons”, a term with which you might be familiar from other recent examples of brilliant women organizing similar things. The title given such ladies in Paris was salonnière, which I propose should re-enter popular parlance. The salons provided not only a space for the exchange of ideas, but some of the very social forces that limited the roles of women in intellectual society also limited the degree to which men were willing to be jerks to each other in front of them. The salonnières brought order to many debates that had previously been marked by squabbling and ad hominem attacks, thus bringing a governance that was essential to the development of ideas.

Within the salons, there was a rich exchange of ideas. But how could the discoveries of Paris feed the experiments of London? By more letter writing, of course. One person would write of a discovery to someone else, who would then pass it along to others. This network built organically over time, consisting of people from all over the continent, England, and eventually America, primarily in Philadelphia. It was not directed from a central place, and there was no inherent hierarchy. Anyone could contribute, and many ideas that might have been considered fanciful, or perhaps even crackpot, were able to make their way into the network. The filtering of these ideas for quality came in a sort of emergent democratic process; if you thought an idea was good, you passed it along to others. If it was clearly mad, you did not bother. It was by no means a perfect method, and many potentially useful notions were relegated to the wastebaskets of the elite. But, importantly, it did not rely on any centralized authority to make decisions about what was important.

A healthy network eventually develops stable nodes that become larger points of contact. In the Republic of Letters, these took the form of print journals. The advent of the printing press caused the advent of the publisher, and a publisher comes with distribution networks, as they are in conversation with everyone else around who wants to print things. Authorship as identity and reputation became increasingly important. Journals became a meeting point of ideas, no longer exchanged between two people, but distributed to the public, and exchanged between many. Many journals were in intentional dialogue with previous publications, often consisting largely of book reviews and analyses. This not only was useful in and of itself, but also provided a document for participants of what new ideas were emerging, and added to their rapidly growing To Be Read lists.

It became clear that while most of the readers of the journals were participants, there were an increasing number of people who simply read them and followed the debates, only occasionally contributing if at all. This is the beginning of journals as we know them today, not only the scientific, but also the literary. This is where Nature comes from, as well as everything from The Journal of the American Medical Association to Lady Churchill’s Rosebud Wristlet. Any collection of people writing about new discoveries, responding to other’s discoveries, or arguing about the relevancy of the discoveries in question, draws from this historical moment.

The spirit of the Republic lives on today. There is an increasing movement on the internet away from “social media” and toward a more directed communication not controlled by various centralized authorities who profit off filtering information for maximum outrage. One of the major ways this gets done is by an increasing number of email newsletters. Almost as soon as I started receiving newsletters from various people working at the edges of culture I saw the phrase “Republic of Newsletters.” No one knows who coined it; it just seems to make sense.**

The Republic of Letters was a moment wherein a large number of people from wide-ranging backgrounds and experiences were able to exchange ideas for the first time, but within social constraints that kept them to a high standard of quality. This relative democratization of thought touched off an explosion of ideas, research, and discussion that not only fueled the Enlightenment, but also led to much of the form that the modern western world takes.

So, support your local Salon. And write a letter, why don’t you?

The Voltaire Foundation has collected many of his letters: Voltaire, a life in letters

*Thanks to author Kate Heartfield to whom I outsourced this joke after I’d wasted 10 minutes trying to come up with it.

**If I may be allowed a moment of blatant self-promotion, I wrote some thoughts about this current movement in a recent episode of my own newsletter: Ambient Connectivity