This post was contributed by Odd Salon co-founder and project curator Annetta Black, who has spent many happy hours perusing her impulse purchased bound compilation of the complete 1835 Penny Magazine. It’s amazing. 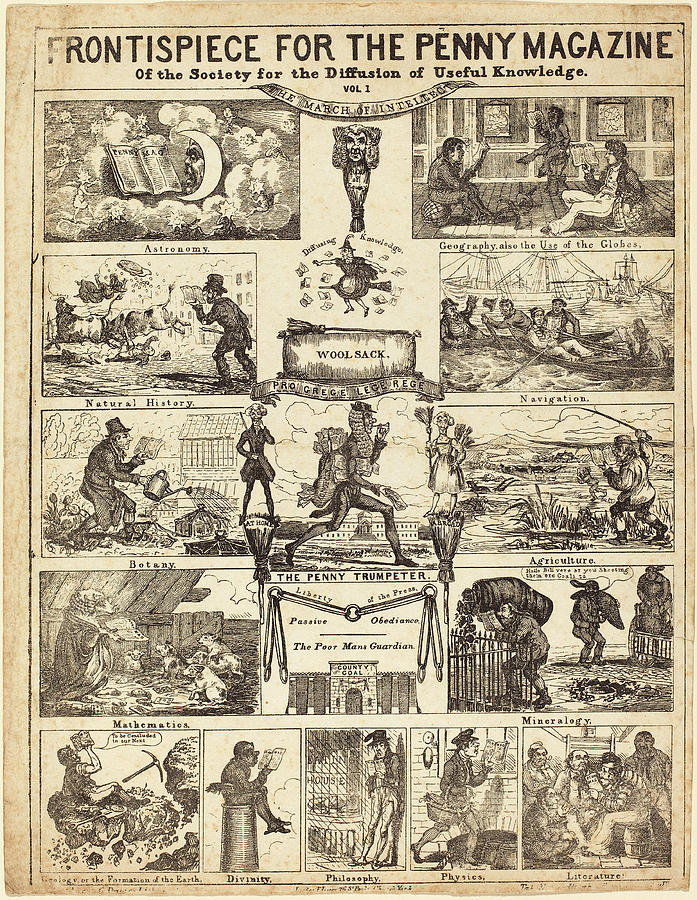 One of the most ambitious public projects aimed at open access education for a wide general audience was the charmingly named Victorian era Society for the Diffusion of Useful Knowledge.

Founded in Scotland in 1826, it was essentially a gentlemen’s publishing project in an era that had already seen some traction with public minded knowledge projects, mostly in the form of lectures and libraries offered by the American Lyceum movement and the Mechanics’ Institutes, respectively. Where those projects aimed to provide expert speakers and The Society looked to the rampant success of the Penny Dreadful pamphlets that were enormously popular with an increasingly literate yet still largely uneducated public and decided to jump on that bandwagon.

The phrase “Useful Knowledge” is significant here in that it heald a specific meaning to the people involved in this and other similar projects. The idea was not to broadly educate the masses on, say philosophy and the arts, but to provide access and tools for building practical, useful, often skills related knowledge. 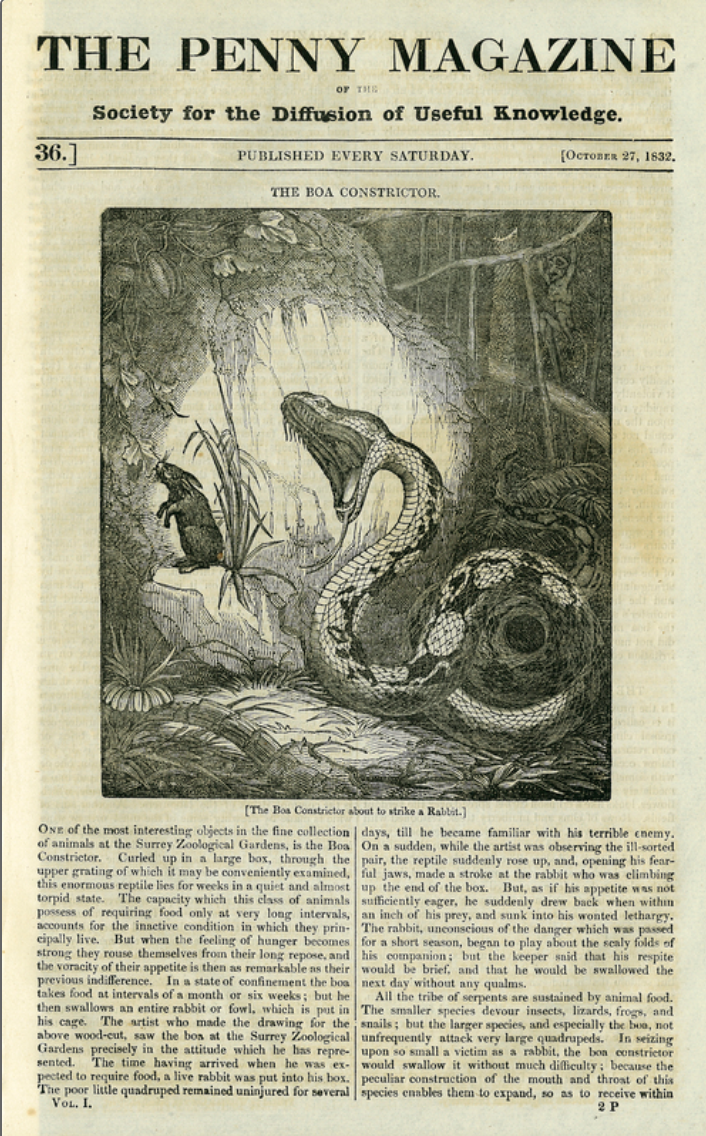 To this end, they created the Penny Magazine, a weekly pamphlet, each offering an assortment of subjects ranging from natural history to practical affairs like diagrams of water pumps, often pulling the core of their material from previously published more academic volumes, reworded to suit a wider audience. They were beautifully typeset and lavishly illustrated with dramatic woodcut illustrations, unlike most more “serious” publications of the era.

The Penny Magazine and the other publishing endeavors of the Society were a success, by definitions of distribution, which was wide and enthusiastic, but something of a disaster financially. It turns out that the work of offering affordable, accessible, and interesting materials on a regular and quick turnaround was expensive. Penny Magazine was published from 1832 to 1835 and reached an estimated one million readers in its first year of circulation. 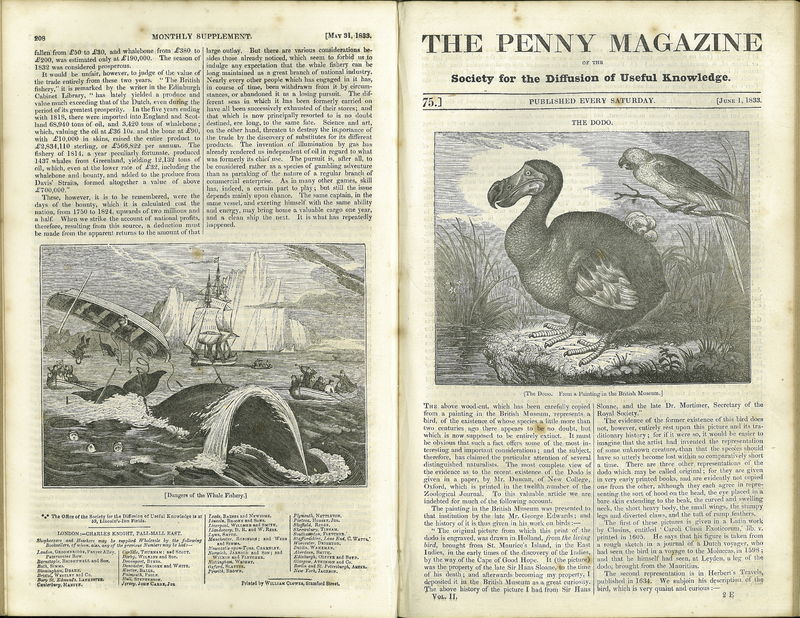 Although the Society was only officially publishing for a few years, they made a lasting impact not only through their published materials becoming available at libraries and schools, but by inspiring and informing other projects dedicated to the sharing of useful knowledge and proving that, although expensive, the work of interpreting cloistered academic materials found an enthusiastic and eager audience.