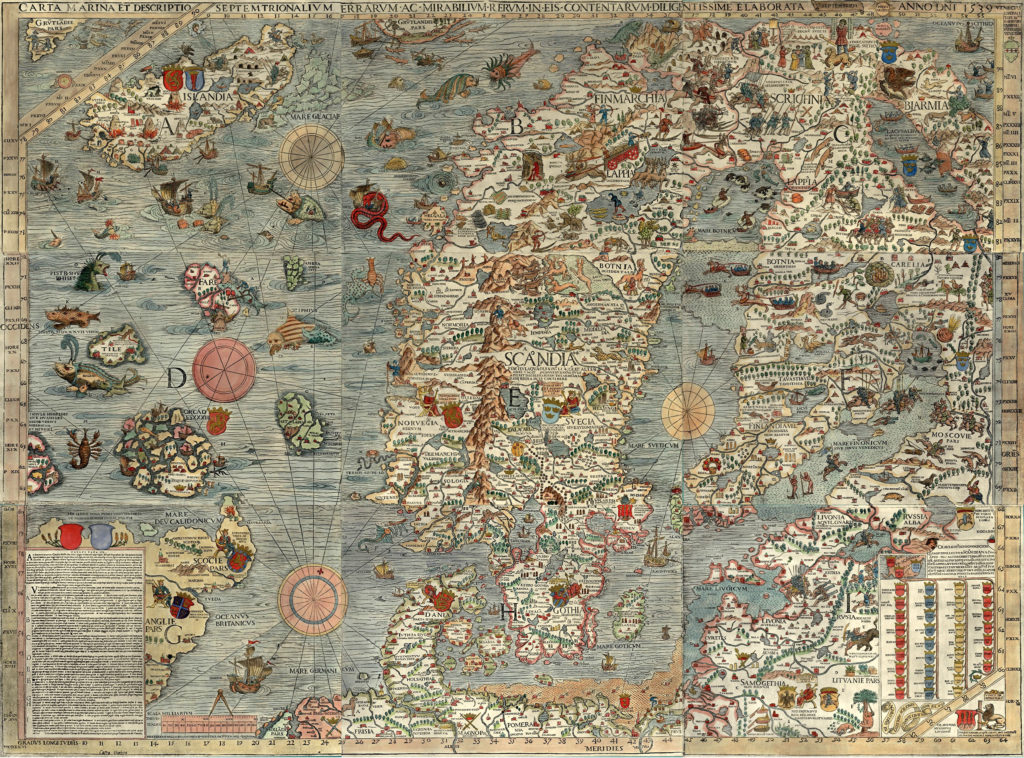 Although there are a lot of monster-filled maps, this, the Carta Marina of Olaus Magnus, may be the single most wonderful example, it was created as a sort of love-letter to a far removed homeland, and very nearly lost to history, to the point that the memory of it became intermixed with myth.

Olaus Magnus was raised in Upsalla, Sweden in a devout Catholic family. In 1530, he and his archbishop brother found themselves exiled from the country for religious reasons, and in Rome, Olaus turned his attention to creating a magnificent map that celebrated his homeland. It is an exceptionally accurate map of Scandinavia for its era, large and detailed, and it is made so much more wonderful by the addition of the many sights and curiosities both land and sea held. It was printed in Venice in 1539.

The many perils of land and sea included in the map drew of lore and legend, as well as earlier sources like Ptolomy’s Geographica. Some of the sea monsters had appeared in earlier works, and one, the Sea Orm, had specific roots in Scandinavian lore and reported eyewitness encounters. The Orm may have its roots in the Midgard Serpent of Norse mythology, a serpent so massive its body encircles the earth beneath the seas, his mighty fangs biting his own tail. The Midgard Serpent is important player in world affairs, for when the serpent releases his tail, it signals the beginning of Ragnarok, the great battle at the end of creation.

In 1555 Magnus wrote a companion to his amazing map, in which he detailed the stories of the various monsters depicted, as well as the many dangers to be seen on land.

Of the Great Sea Orm he wrote

“They who in Works of Navigation, on the Coasts of Norway, employ themselves in fishing or Merchandise, do all agree in this strange story, that there is a Serpent there which is of a vast magnitude, namely 200 foot long, and more –– over 20 feet thick; and is wont to live in Rocks and Caves toward the Sea-coast about Berge: which will go alone from his holes in a clear night, in Summer, and devour Calves, Lambs, and Hogs, or else he goes into the Sea to feed on octopus, lobsters, and all sorts of Sea-Crabs. He hath commonly hair hanging from his neck a Cubit long, and sharp Scales, and is black, and he hath flaming shining eyes.  This Snake disquiets the Shippers, and he puts up his head on high like a pillar, and catcheth away men, and he devours them; and this hapneth not, but it signifies some wonderful change of the Kingdom near at hand; namely that the Princes shall die, or be banished; or some Tumultuous Wars shall presently follow.”

Later writers of natural history found Magnus’ description “fabulous” — in the bad way, but they could not resist quoting him and speculating on what perhaps the witnesses had actually seen, and copying the image of the mighty serpent plucking a hapless sailor from he deck of a ship.

A version of the Sea Orm included in Conrad Gesner’s famous Historiae Animalium of 1558 is perhaps one of the most famous image of a sea serpent ever made, inspired by the one on Magnus’ map, and copied and reinterpreted hundreds of times since.

The map was enthusiastically received when it was created, and remained in print for 12 years, but by 1574 all known copies had been lost, and its very existence was questioned. Today, two known copies exist, the first found in 1886 in Munich, and a second copy in 1961 in Switzerland – that copy has since been returned to Upsalla, Sweden 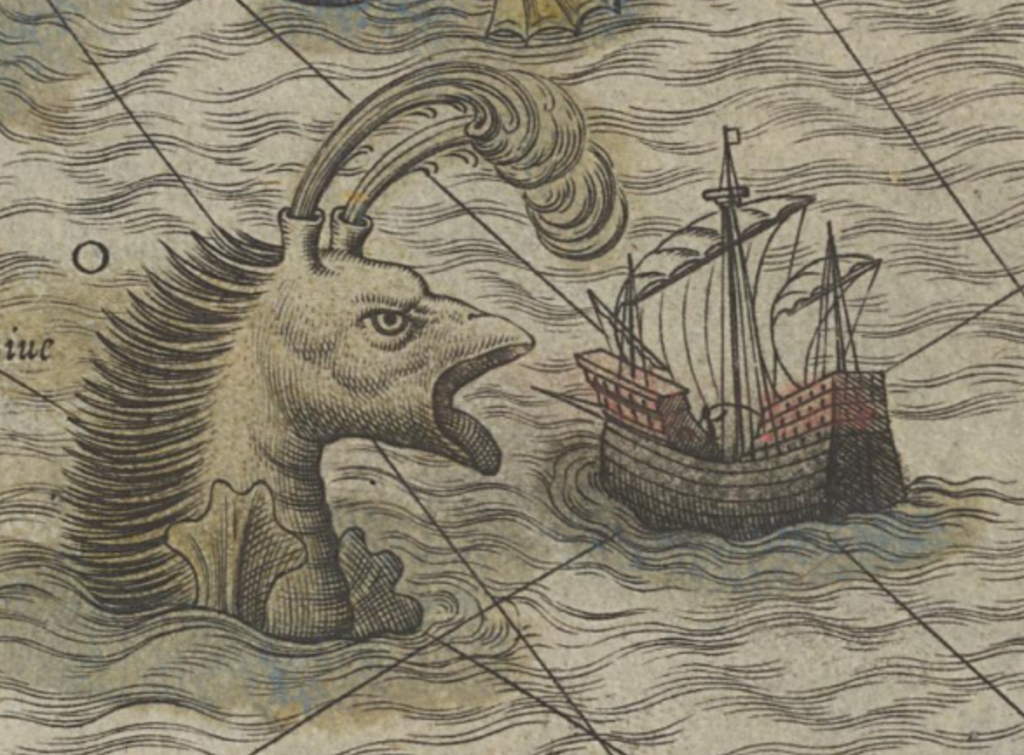 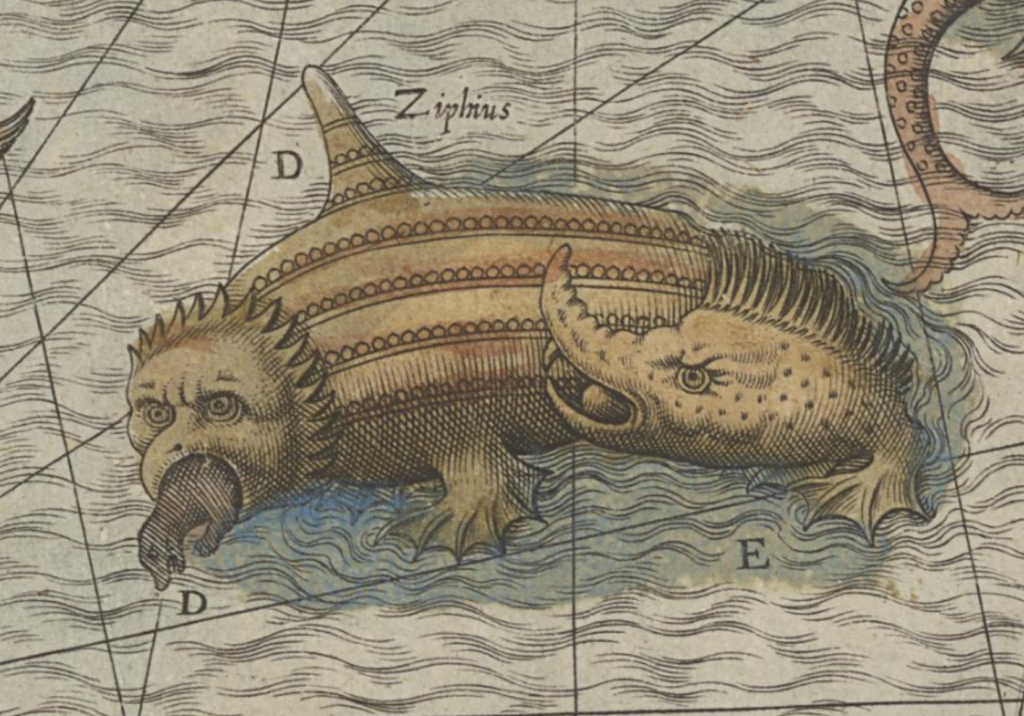 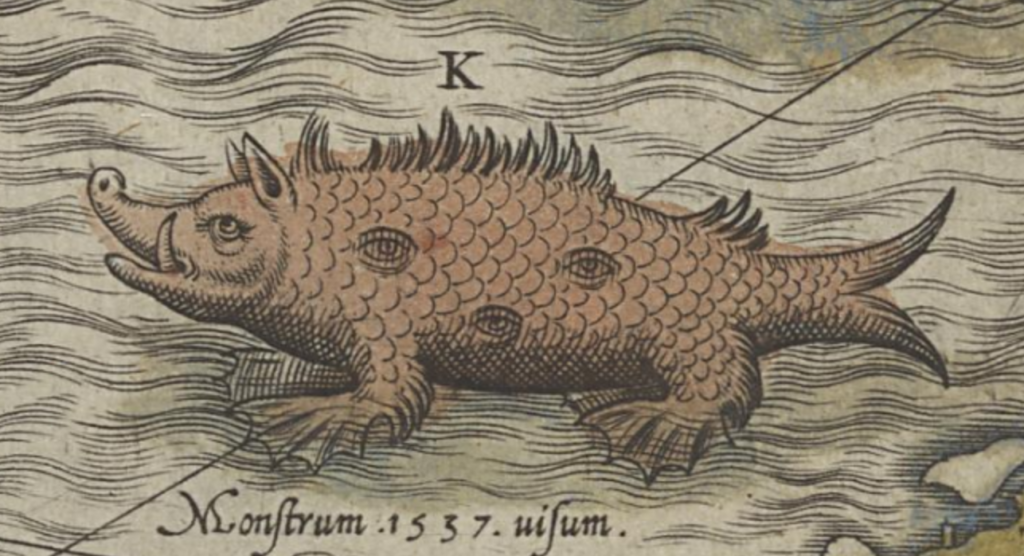 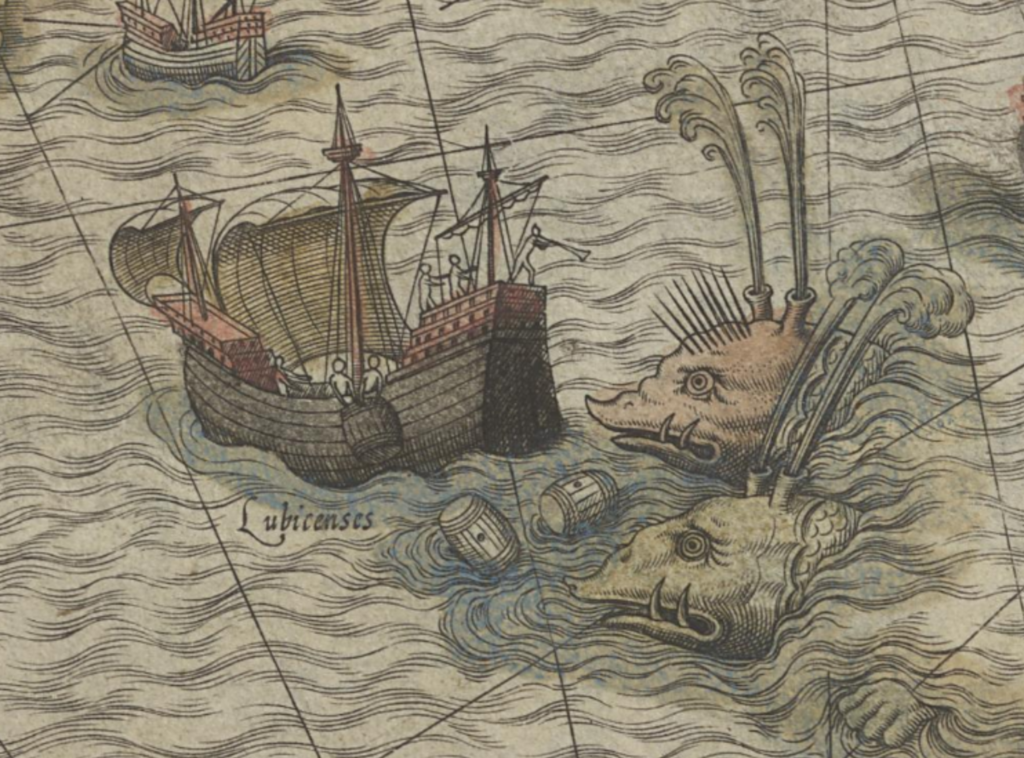 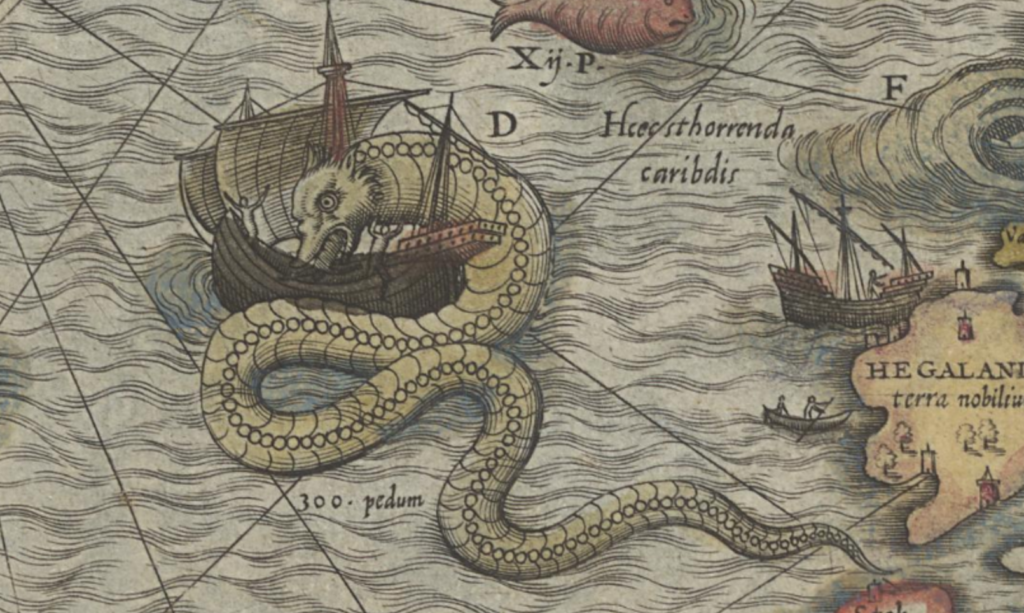 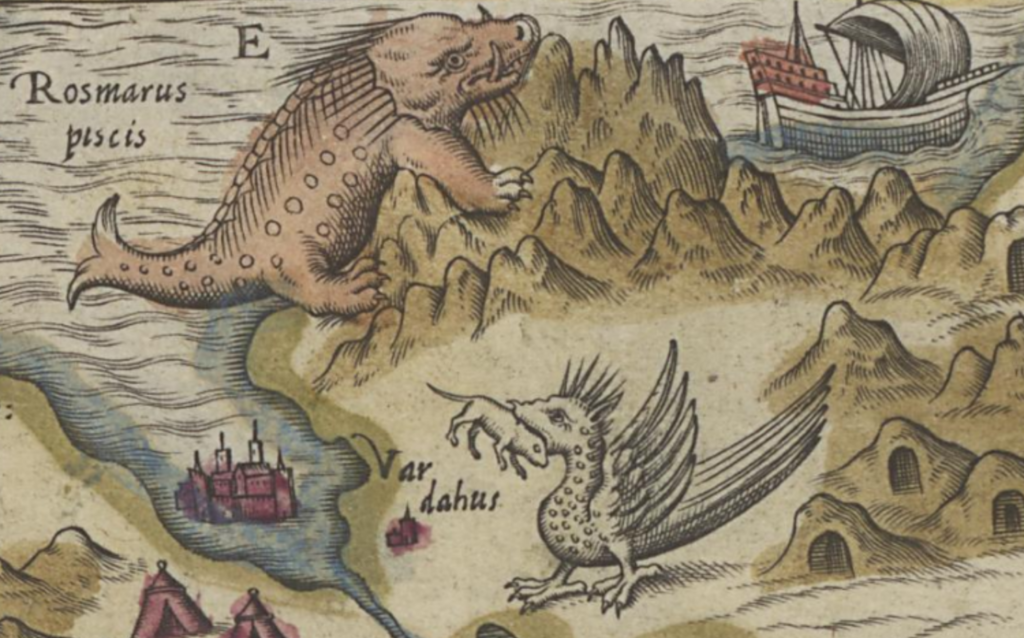