On this day in 1942 the bay area witnessed the mysterious crash of the L-8 Blimp. 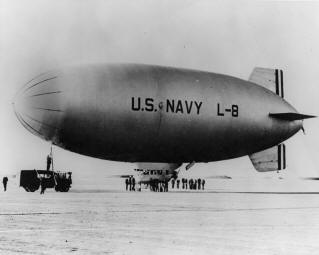 The L-8 Blimp ready for take-off

On the morning of August 16, 1942, the L-8 Blimp set off on its regular mission, to search for signs of Japanese submarines along the coast of Northern California. The blimp, piloted by Lieutenant Ernest Dewitt Cody and Ensign Charles Ellis Addams, left Treasure Island at the regular time to begin its roughly 4 and a half hour long trip patrolling the coastline. The blimp carried two bombs it could deploy if they saw enemy submarines as well as some flares.

At first the mission was proceeding as usual, but then took a turn for the mysterious. The crew radioed that they found an oil slick and would investigate. They signaled “standby”. And that was the last anyone heard of them. 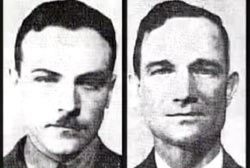 Later that morning, around 10:50, the blimp suddenly gained elevation and went into cloud cover. When seen again, it seems to be drifting and a picture was taken of the blimp, showing the blimp to be partially deflated, and beginning to fold in the middle. After that, the blimp falls, and crash-lands in Daly city. 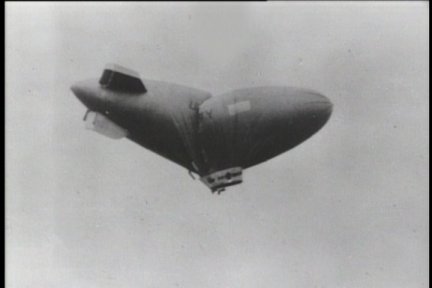 The L-8 Blimp, sagging in the middle to form a “V” shape.

The first person on the scene was a volunteer fireman, and what he found adds to the mystery. The door of the blimp was open, and the cabin itself was empty. In fact, the entire blimp was empty of people, though other things were in place, including emergency gear and a confidential file that was to be destroyed in case of emergency. There was no damage to the blimp beyond that cause by the crash. The blimp was found to be still airworthy.

The fate of the crew is unknown. The men were never seen again, nor were their bodies found. The inquiry could not determine what happened, and we still don’t know.
The mystery continues.